“Fantastic Beasts and Where to Find Them” (Warner Bros.) 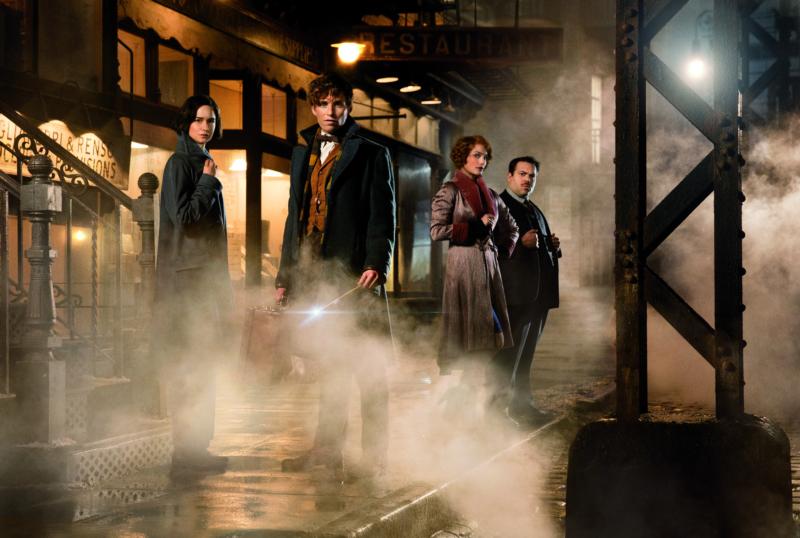 Katherine Waterston, Eddie Redmayne, Alison Sudol and Dan Fogler star in a scene from the movie "Fantastic Beasts and Where To Find Them." The Catholic News Service classification is A-II -- adults and adolescents. (CNS/Warner Bros. Entertainment)

Special effects predominate over human interaction in this fantasy written by “Harry Potter” scribe J.K. Rowling. Set in 1926 New York, it follows the stateside adventures of a Hogwarts alumnus (Eddie Redmayne) who specializes in studying and preserving the creatures of the title. When the magical suitcase he uses to transport his menagerie accidentally falls into the hands of an ordinary mortal (Dan Fogler), who cluelessly releases the critters, the eccentric British wizard joins forces with a local spell-caster (Katherine Waterston) to retrieve them before they cause a panic and reveal the existence of the hidden world of wand-wavers.

Director David Yates’ film is visually impressive, and Folger’s working-stiff persona is a droll Everyman. But, overall, emotional engagement is lacking, perhaps because Redmayne makes withdrawn shyness one of his peculiar character’s leading qualities. Though the predictable mayhem is thoroughly stylized, parents may be concerned to find that a vaguely religious atmosphere surrounds one of the villains of the piece (Samantha Morton).

Considerable action violence with minimal gore, a couple of uses of a slang term some may find vulgar. The Catholic News Service classification is A-II — adults and adolescents. The Motion Picture Association of America rating is PG-13 — parents strongly cautioned. Some material may be inappropriate for children under 13.