“Bleed for This” (Open Road) 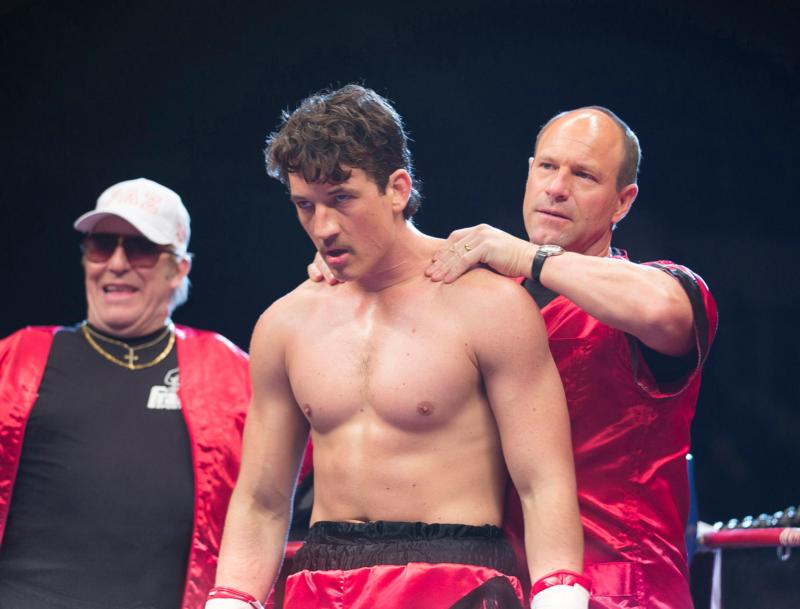 Ciaran Hinds, Miles Teller and Aaron Eckhart star in a scene from the movie "Bleed For This." The Catholic News Service classification is O -- morally offensive. (CNS/Open Road Films)

Fact-based boxing drama about Vinny “The Pazmanian Devil” Pazienza (Miles Teller), a lightweight champ from Cranston, Rhode Island, who mounted an incredible comeback after breaking his neck outside the ring in the late 1980s. Using a spare script and unadorned visual style, writer-director Ben Younger boils the story down to its essentials, and Teller delivers a phenomenal performance alongside Aaron Eckhart in the role of his trainer.

While the film’s depiction of the physical suffering inherent in the so-called “sweet science” stays within the bounds of taste, the dialogue is another matter. The preponderance of foul talk is such that it disqualifies this aesthetically impressive movie from receiving approbation.