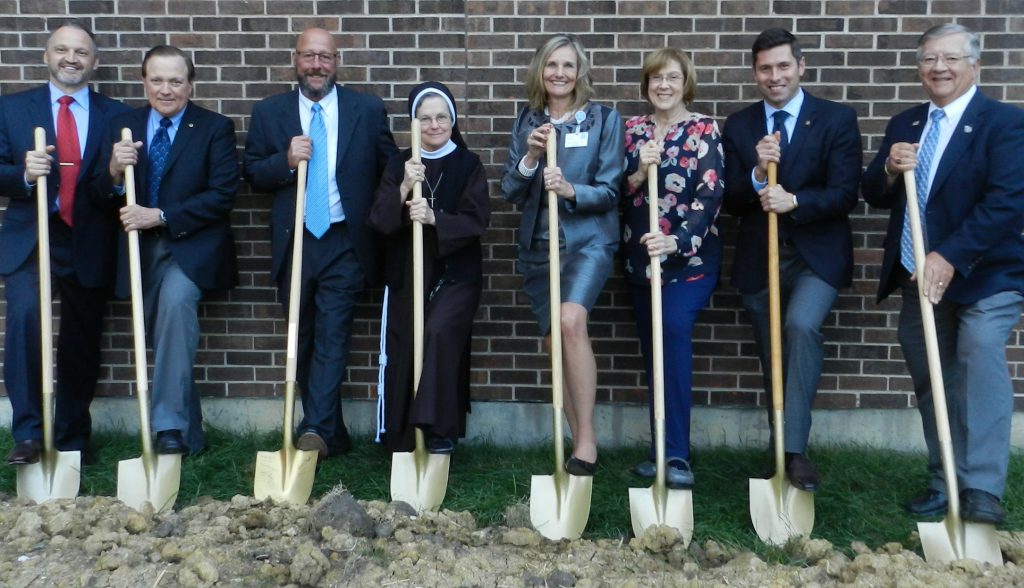 GALESBURG — Work has begun on a $22 million expansion and renovation project at OSF St. Mary Medical Center here, the largest project since the center moved to its 3333 N. Seminary St. location nearly 42 years ago.

A groundbreaking ceremony took place Nov. 7 for the changes that will enhance the surgery, laboratory department, and Center for Outpatient Services at the medical center. The project will add two large operating rooms, two procedure and two consultation rooms, among other improvements.

The OSF Galesburg Clinic has served the area since 1940 and was originally located on Kellogg Street. The present facility opened at 3315 N. Seminary St. in the fall of 1972 and now has 26 physicians and about 100 employees.

In 2010, Galesburg Clinic joined OSF Healthcare and the need for renovation was discussed. The new clinic space has 102 patient exam rooms, an increase of 40 rooms.

Tours of the new space were offered following the blessing ceremony.