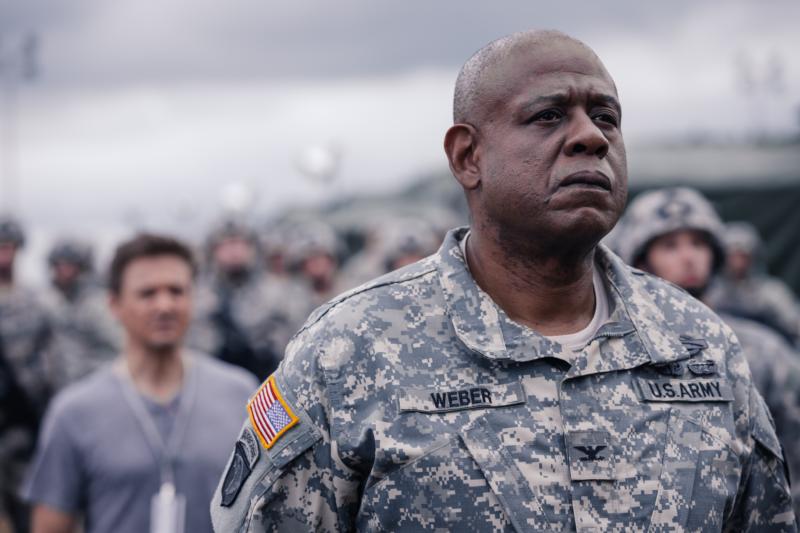 Forest Whitaker stars in a scene from the movie "Arrival." The Catholic News Service classification is A-III -- adults. (CNS/Paramount Pictures)

Mesmerizing and unusually intimate science-fiction drama about an American linguist (the excellent Amy Adams) trying to communicate with aliens inside a spacecraft hovering over a Montana field — one of a dozen such vessels that have descended at various spots around the globe and which threaten to trigger panic and geopolitical instability.

Director Denis Villeneuve’s adaptation of a short story by Ted Chiang finds profundity on a human scale as well as in the cosmos; and, while technically impressive, it owes the bulk of its melancholy, mystical power to Adams’ gripping performance. Regardless of whether the underlying science is logically coherent or meshes with Christian thought, the primary values evinced are consonant with a Catholic worldview.

Probably acceptable for mature adolescents. Some potentially frightening scenes and a single instance of rough language. The Catholic News Service classification is A-III — adults. The Motion Picture Association of America rating is PG-13 – parents strongly cautioned. Some material may be inappropriate for children under 13.