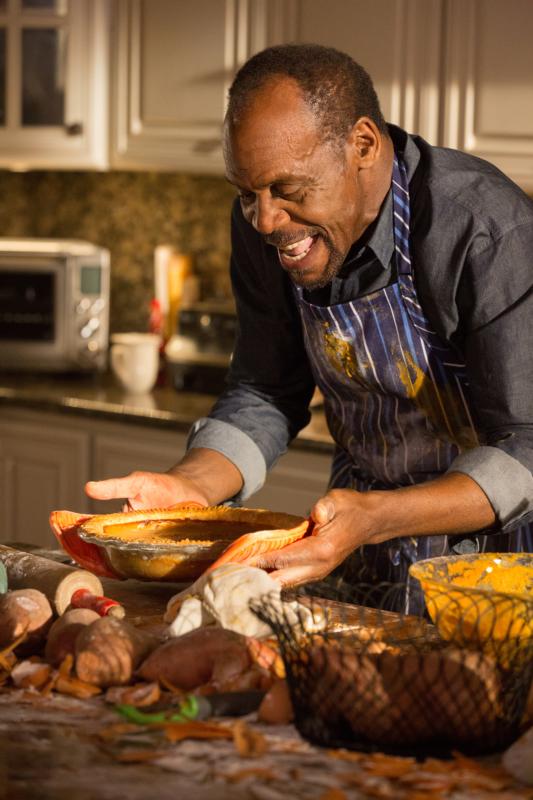 Danny Glover stars in a scene from the movie "Almost Christmas." The Catholic News Service classification is A-III -- adults. (CNS/Universal)

By turns raucous and sentimental, this ensemble comedy charts the efforts of a recently widowed family patriarch (Danny Glover) to keep the peace as his combative relatives gather for the holiday. The principal challenge to his desire for harmony comes from the longstanding rivalry between his two daughters (Kimberly Elise and Gabrielle Union). But the roving eye of his son-in-law (JB Smoove) as well as the unresolved grief and consequent prescription-drug addiction of his youngest child (Jessie T. Usher) also threaten to cause yuletide disruption. So too does the sassy tongue of his good-hearted sister-in-law (Mo’nique).

As the dysfunction-driven proceedings follow their predictable path, writer-director David E. Talbert uses flashbacks to showcase the model marriage Glover’s character enjoyed. And his script sends the whole clan to an upbeat church service and some of its members to help out at a homeless shelter. Dialogue larded with vulgarity, however, taints this otherwise crowd-pleasing — if easily forgotten — treat.

Off-screen adultery, drug use, some sexual humor, a few instances of profanity, a handful of milder oaths, frequent crude and crass language. The Catholic News Service classification is A-III — adults. The Motion Picture Association of America rating is PG-13 — parents strongly cautioned. Some material may be inappropriate for children under 13.