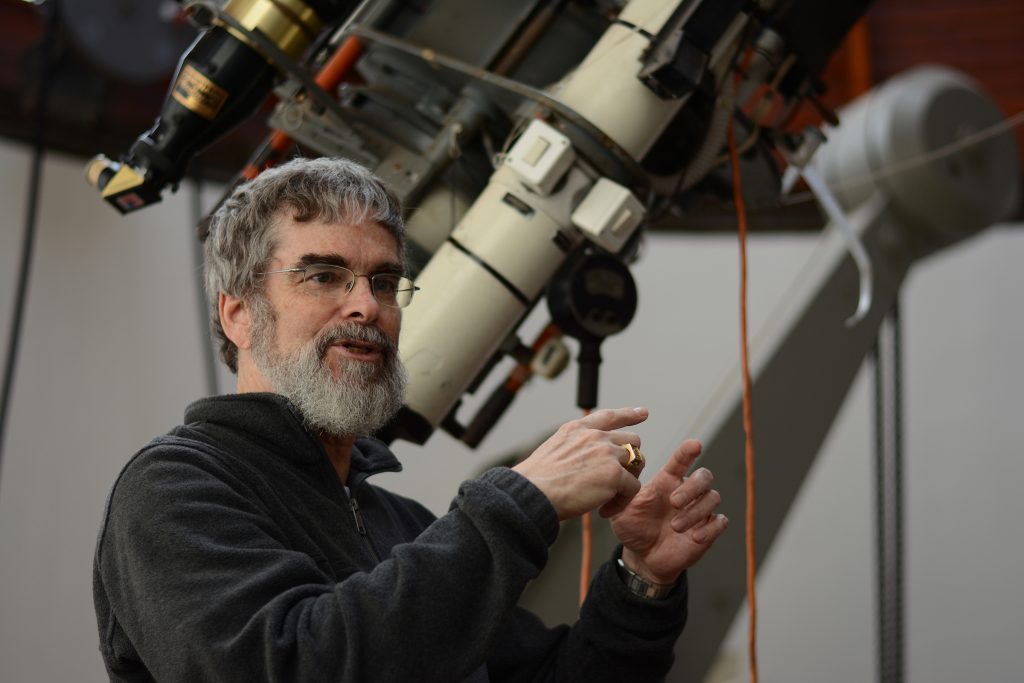 URBANA — With the help of Skype, St. Patrick Church will host a presentation by Jesuit Brother Guy Consolmagno, director of the Vatican Observatory, on Sunday, Nov. 20. “Cosmic Faith: Exploring the Big Questions of Science and Religion” will begin at 2:30 p.m.

Father George Remm, former pastor of St. Patrick Parish, will be the moderator for the presentation and question-and-answer session that follows in the church hall, 708 W. Main St. Light refreshments will be available.

Born in Detroit, Brother Guy earned undergraduate and master’s degrees from MIT and has a doctorate in planetary science from the University of Arizona. He was a postdoctoral research fellow at Harvard and MIT, served in Kenya with the Peace Corps, and taught physics at Lafayette College before entering the Jesuits in 1989.

Brother Guy’s research explores connections between meteorites, asteroids, and the evolution of small solar system bodies, among other things.

His books include “Brother Astronomer: Adventures of a Vatican Scientist” and “Turn Left at Orion,” written with Dan Davis. His most recent is “Would You Baptize an Extraterrestrial? . . . and Other Questions from the Astronomers’ In-Box at the Vatican Observatory,” written with Jesuit Father Paul Mueller.

Childcare will be available for “Cosmic Faith,” but reservations are due by Nov. 14. Contact Carol Conaghan at carol.conaghan@stpaturbana.org.