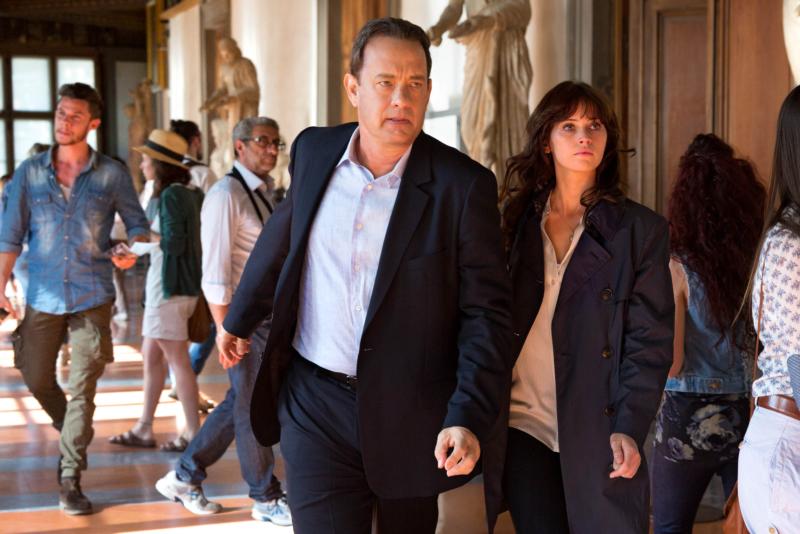 Tom Hanks and Felicity Jones star in a scene from the movie "Inferno." The Catholic News Service classification is A-III -- adults. (CNS/Sony)

Despite high stakes — a billionaire bioengineer (Ben Foster) with paranoid views about overpopulation has hidden away a pathogen that could kill off half the human race — and the unpredictable loyalties of the supporting cast (Felicity Jones, Omar Sy, Irrfan Khan and Sidse Babett Knudsen), the result is thin gruel. While untainted by the theological and historical whoppers that marred Brown’s best-known work, “The Da Vinci Code,” as scripted by David Koepp, the thriller takes an ambivalent stand on Earth’s supposedly overcrowded future, implicitly endorsing artificial contraception as the proper preventative.

Action violence with some gore, skewed moral values, a suicide, cohabitation and nonmarital sensuality, at least one use each of profane and rough language, a couple of mild oaths, a pair of crude terms. The Catholic News Service classification is A-III — adults. The Motion Picture Association of America rating is PG-13 — parents strongly cautioned. Some material may be inappropriate for children under 13.