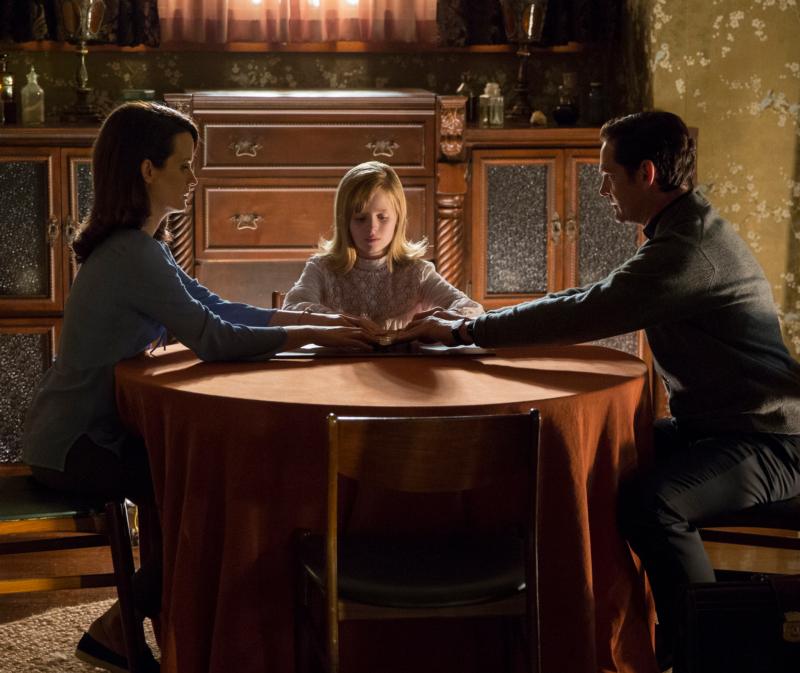 In 1967 Los Angeles, a middle-aged widow (Elizabeth Reaser) who earns her living as a bogus medium and her two daughters (Annalise Basso and Lulu Wilson), both of whom help with the act, find themselves dealing with genuinely supernatural events after they purchase a Ouija board, and the spirit they unleash takes possession of the younger girl. The family is aided in their struggle by that rarest of Hollywood figures, a sympathetic priest (Henry Thomas). Yet neither the presence of the amiable clergyman nor the restraint director and co-writer Mike Flanagan shows in keeping the blood flow to a minimum can compensate for this prequel’s muddled back story or the increasingly nonsensical behavior of its characters.

Possibly acceptable for older teens, though only if all potential for real-life interaction with the titular device — which experience has proven to be spiritually dangerous — is precluded. Occasional violence with slight gore, occult themes, underage drinking, an instance of mild irreverence, at least one use of profanity, a single crude and a couple of crass terms.