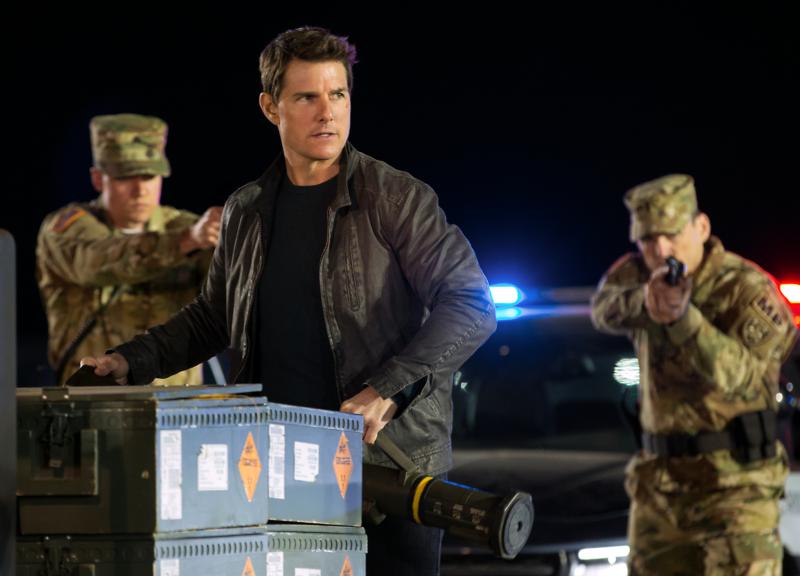 Tom Cruise, in his second venture as the former Army officer-turned-freelance-detective invented by British novelist Lee Child, is as durable as a cast-iron stove.  A somewhat mysterious knight-errant, Reacher is a strong moralist according to his own lights, and descends into others’ predicaments like a deus ex machina. This go-round, he comes to the rescue of a military-intelligence operative (Cobie Smulders) who has been framed for an espionage charge involving murders in Afghanistan. He also learns that he may have a teenage daughter (Danika Yarosh) from a previous fling.

The difference between this film and the 2012 original, in which Cruise sulked through Pittsburgh, is that director Edward Zwick, who co-wrote the screenplay with Richard Wenk and Marshall Herskovitz, provides occasional moments of pleasantly acidic domestic bickering. That helps break up the narrow escapes, shootings and slugfests — as well as the long sequences during which cast members simply break into a sprint.

Stylized violence, including gunplay, fleeting crude and crass language. The Catholic News Service classification is A-III — adults. The Motion Picture Association of America rating is PG-13 — parents strongly cautioned. Some material may be inappropriate for children under 13.