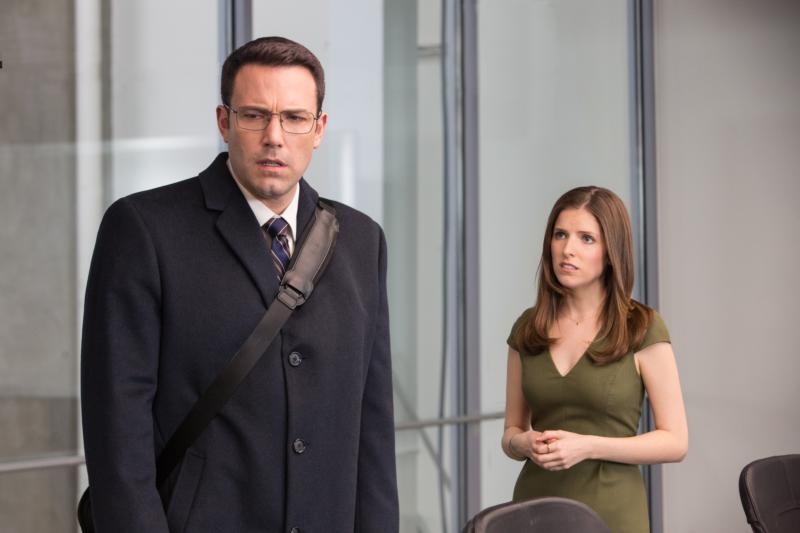 Ben Affleck and Anna Kendrick star in a scene from the movie "The Accountant." The Catholic News Service classification is O -- morally offensive. (CNS/Warner Bros.)

Absurdly convoluted and morally bankrupt action-drama about an autistic man (Ben Affleck) with an innate genius for crunching numbers and the learned ability to kill with brutal precision. After years working as a forensic accountant for criminal enterprises worldwide, the deeply flawed protagonist takes on a legitimate client; in the process, he meets a young lady (Anna Kendrick) and attracts the attention of both the Treasury Department and a ruthless hit man.

Gavin O’Connor’s uneven direction does little to validate the movie’s argument that those on the autism spectrum shouldn’t be held accountable for their behavior, even as it urges they not be treated as abnormal or freakish. More than merely trivialize its subject matter, the result is to set the cause of autism awareness back decades or more to the equivalent of a moral Dark Ages.