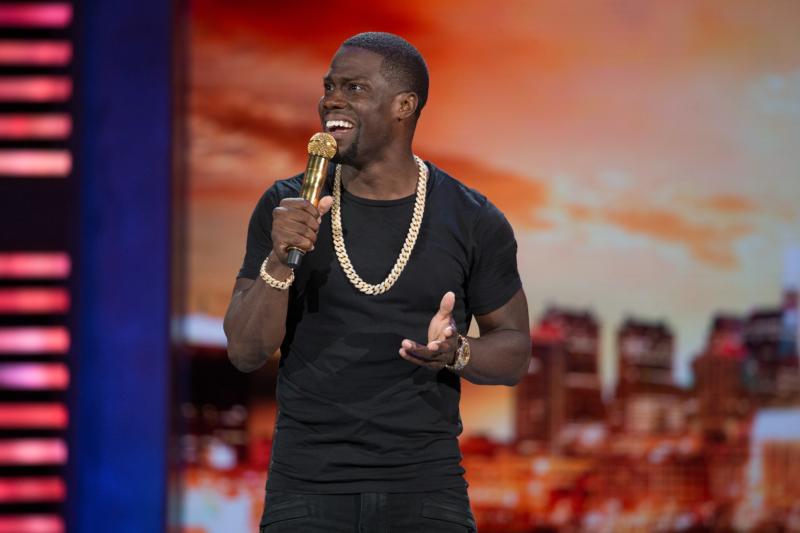 Kevin Hart stars in a scene from the movie "Kevin Hart: What Now?" The Catholic News Service classification is A-III -- adults. (CNS/Universal)

Lincoln Financial Field in Philadelphia is the outsized setting for this concert film featuring the diminutive comic. His language gets raunchy, but his routine is never bawdy, mean-spirited or smutty.

Vocabulary aside, there are two main problems here: A framing device of Hart in a James Bond-style movie, directed by Tim Story, isn’t particularly funny or original. And Leslie Small, the director of the stand-up sequences, is stuck with long close-ups of Hart contorting himself and squealing to sell his jokes before the 50,000 people in the stadium. Hart’s frantic gestures are clearly less appealing when magnified on the big screen.