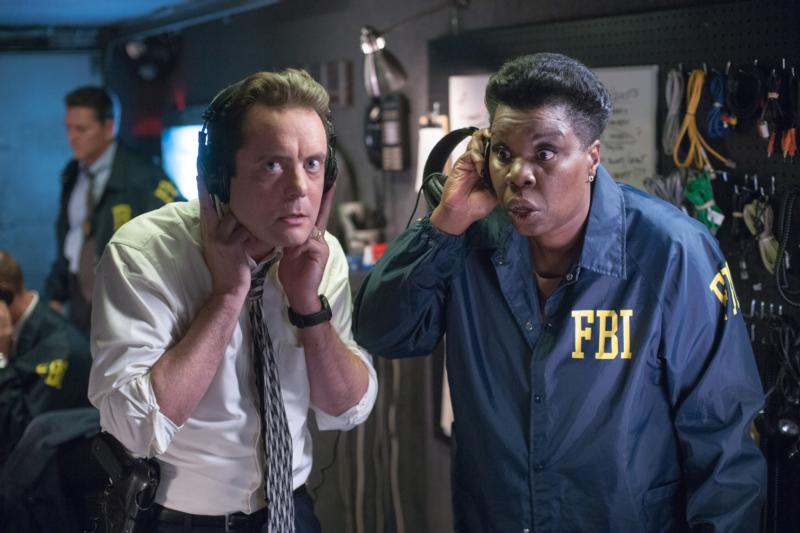 Jon Daly and Leslie Jones star in a scene from the movie "Masterminds." The Catholic News Service classification is A-III -- adults. (CNS/Relativity Studios)

This vehicle for Zach Galifianakis and a group of drawling actors from NBC’s “Saturday Night Live” is a comic recounting of the 1997 “hillbilly heist” from an armored-car firm in North Carolina. Galifianakis plays David Ghantt, who stole $17.3 million from Loomis Fargo & Co., only to be tripped up at every turn by his own ineptness and that of his co-conspirators (Kristin Wiig and Owen Wilson).

Director Jared Hess and his screenwriters take as their premise the idea that Southerners with dead-end jobs who live in trailer parks are inherently funny. They evidently left it up to the cast to work out their own character quirks, with highly uneven results. Galifianakis’ self-ridicule, targeting his hirsute appearance, squeaky manner and juvenile personality, is intermingled with slapstick chases and the occasional gross-out gambit.

Light sexual banter, some crude humor. The Catholic News Service classification is A-III — adults. The Motion Picture Association of America rating is PG-13 — parents strongly cautioned. Some material may be inappropriate for children under 13.