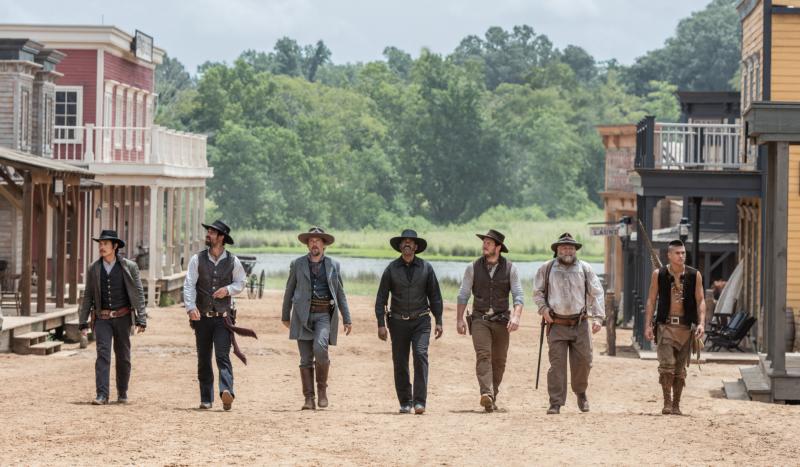 After a ruthless gold-mining mogul (Peter Sarsgaard) uses his private army of thugs to slaughter several inhabitants of a frontier town in cold blood, and threatens the survivors with a similar fate unless they sell their land to him for a pittance, the widow (Haley Bennett) of one of his victims hires a roving lawman (Denzel Washington) to organize resistance. The result is a motley band of skilled gunmen (most prominently Chris Pratt and Ethan Hawke) and an extended shoot-’em-up showdown.

At once violent and somewhat thoughtful, director Antoine Fuqua’s jaunty western, the remake of a 1960 film that was itself an adaptation of Akira Kurosawa’s “Seven Samurai” from 1954, pauses occasionally to reflect on the dividing line between justice and vengeance. It also features Christian references and imagery as well as examples of devotion ranging from the sincere to the eccentric. Though it’s a chivalrous parable that presents Catholic theology’s just-war theory in microcosm and showcases self-sacrificing heroism, its pervasive mayhem will nonetheless seem unjustified to some.

Constant stylized violence with gunplay and explosions but very little blood, several uses of profanity, a couple of mild oaths, numerous crude and crass expressions. The Catholic News Service classification is A-III — adults. The Motion Picture Association of America rating is PG-13 — parents strongly cautioned. Some material may be inappropriate for children under 13.