No rest after Brittney Morales’ 3,000-mile pro-life missionary walk across the U.S. 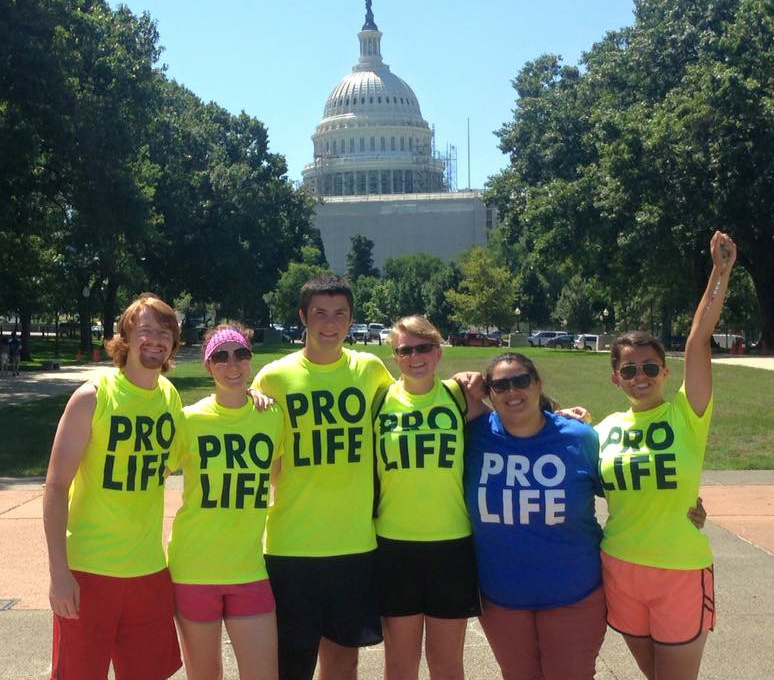 NEW YORK CITY — After walking more than 3,000 miles as a missionary for the pro-life cause, most people would be ready for a nice, long rest. Not Brittney Morales.

The former counselor at the Women’s Care Center in Peoria completed the Crossroads Southern Pro-Life Walk Across America on Aug. 13 in Washington, D.C. A few days later she traveled to New York to volunteer with the Catholic Worker movement for a week and is now going the extra mile by working with the Sisters of Life.

“The Sisters of Life are super beautiful. They just radiate joy and they are truly a beacon of hope and light in this culture that we live in,” Morales said, the sounds of New York City traffic audible through her cellphone.

“We walked for all the men and women throughout America who wish they could do more and be part of the pro-life ministry. We walked for everyone. We walked for humanity this summer.” — Brittney Morales

“I wanted to give my time to help them, but also to support them,” she told The Catholic Post. “Our religious are at the forefront of the battle. If we can show them that we support them and love them and take care of them, how much more will they be able to carry out God’s work?”

For Morales, it was a natural extension of her walking pro-life witness.

“We walked not only for the unborn, but for all those who wished they could have carried out this message,” she said. “We represented all of those people who have been affected by the abortion industry, whether it was abortion workers themselves who have decided to change their lives around or those who have gone through abortions and need healing. We walked for all the men and women throughout America who wish they could do more and be part of the pro-life ministry. We walked for everyone. We walked for humanity this summer.”

Morales was one of eight young adults who started their cross country trek in Los Angeles on May 21 and walked as a team through the southern United States. Two more teams of eight walked through the northern and central United States.

It turned out to be more difficult than she anticipated, although she said the walking was the easiest part. Living in community in a small space, with very little privacy, turned out to be a bigger issue. 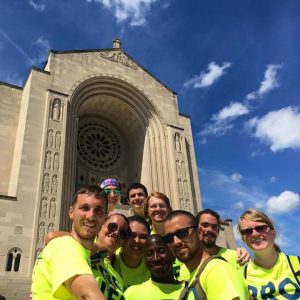 “It was a lot of offering up, a lot of self-sacrifice, not only with everyday comforts but on a spiritual level,” she said. “It was challenging, very challenging, but it was all good.”

Where they found their alone time was with the Lord at daily Mass and she relished that time in prayer.

Morales said that even when they weren’t speaking in parishes or engaging people in conversation they wore the pro-life message all day, every day on their shirts.

“Whether we were walking on secondary highways or walking through the Mojave Desert where almost no one saw us or walking the hills of Alabama or Georgia, we always, always, always wore the pro-life message,” she said. “It wasn’t just about being a peaceful witness to pro-life, but it was also showing people that there are young people willing to support this message.”

They covered 20 to 40 miles a day, often walking in temperatures of 120 degrees with high humidity. Morales said she had hoped they could cover more ground by foot, but it wasn’t possible physically.

Her real joy came in talking to people along the road or at the parishes where they stopped for Mass every day. Weekends provided opportunities for speaking engagements.

“America is a lot more pro-life than I thought previous to the walk,” she said. “We had a lot of positive reactions, a lot of positive feedback. There were some people along the way that were not so nice and were, in fact, passive-aggressive, but for the most part people were very receptive to the message we carried.”

That message expanded as the summer went on, until she could see with stunning clarity how much the dignity of life encompasses, including how we treat each other every day. Even the smallest actions, such as holding the door for someone, demonstrates a fundamental respect for life, she said.

“I want people not just to know that by my words, but by my actions,” Morales said. “I’m really trying to live that every day now.”

Morales acknowledged that about two weeks into the walk she started to wonder if she could keep going all summer with the daily self-sacrifice, grueling walking hours, sky-high heat and bare essentials.

When they arrived at the Basilica of the National Shrine of the Immaculate Conception in Washington, D.C., they raced up the stairs “with silly grins on our faces.”

“It was one of the moments of my life that I’ll never forget. It was beautiful. We completed it together,” Morales recalled.

Theirs was the last team to arrive — the others had arrived within 48 hours of them. They came together for Mass at the basilica and then walked three miles to Capitol Hill for a pro-life rally. After lunch, they spent the weekend at area parishes to give one last pro-life witness.

“We carried out our mission and finished strong,” Morales said.

After a summer of refining her message, what does she want people to know?

Before she left to join Crossroads Southern Pro-Life Walk Across America, Morales asked for help in raising the $2,500 she would need to support herself during the summer. She promised to donate anything over that to the Women’s Care Center in Peoria, the Sisters of Life in New York, or And Then There Were None, an outreach started by Abby Johnson to assist those who want to leave the abortion industry.

In the end, she received $18,580 and will make good on her promise when she returns home.

“God has been so good in all this,” said Morales, who hopes to find a job working for the Catholic Church. “It’s one more way to show that America is, in fact, pro-life, very pro-life. We should not be deceived by what we see in the media. I have seen it firsthand.”