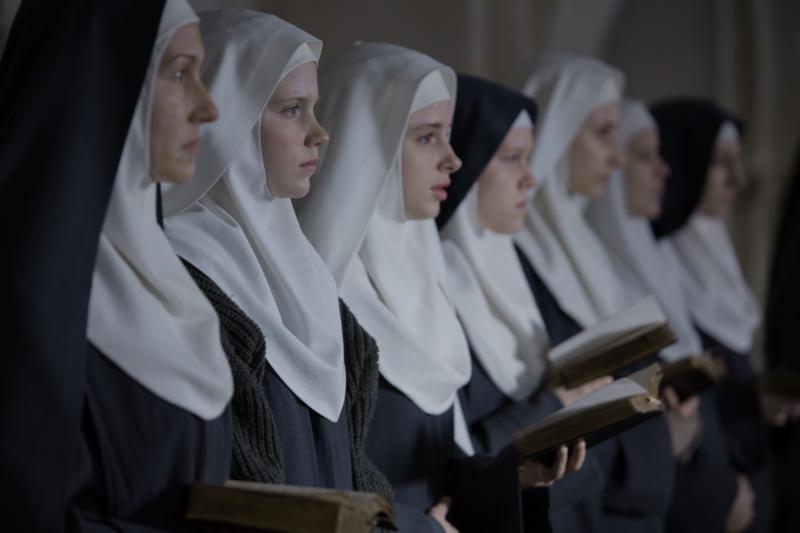 This is a scene from the movie "The Innocents." The Catholic News Service classification is A-III -- adults. (CNS/Music Box Films)

Luminescent, unflinchingly honest and respectful of religion, director Anne Fontaine’s drama about a fictional Benedictine convent in post- World War II Poland gently explores the conflicts between duty to the living and the shattered faith that can result from acts of depravity.

The screenplay by Sabrina B. Karine and Alice Vial is loosely based on the real-life exploits of Madeleine Pauliac, a French Red Cross doctor, played by Lou de Laage and renamed Mathilde. After delivering the baby of a young nun, the physician is told the horrible story of how this incongruous event has come about: Several months earlier, invading Soviet soldiers, believing it to be their right, raped the sisters, leaving at least seven of them pregnant, and the abbess (Agata Kulesza) infected with syphilis.

The film’s ruminations on how believers respond to awful times are superb. But this is obviously a solidly adult picture, and not one for those in search of casual fare.

Mature themes, including rape and venereal disease, a nonmarital bedroom scene, several nongraphic depictions of childbirth. The Catholic News Service classification is A-III — adults. The Motion Picture Association of America rating is PG-13 — parents strongly cautioned. Some material may be inappropriate for children under 13.