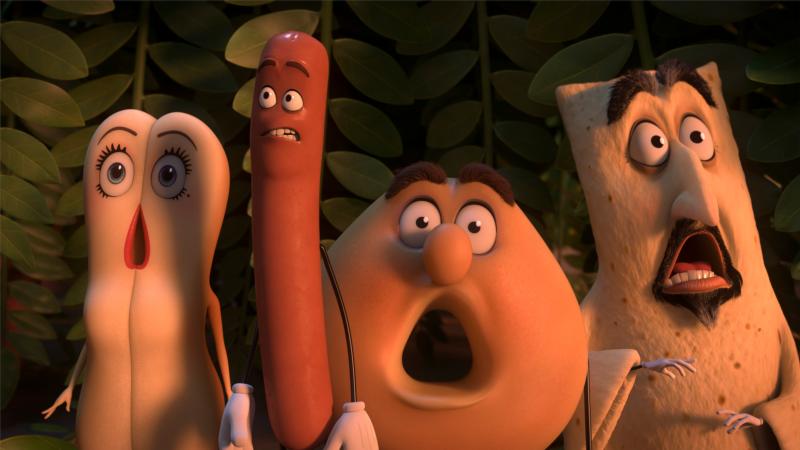 Food characters are shown in a scene from the animated movie "Sausage Party." The Catholic News Service classification is O -- morally offensive.CNS/Sony Pictures)

Animated food items push an atheist agenda and glorify the basest forms of carnality in this disgusting spitball of a comedy from directors Conrad Vernon and Greg Tiernan.

The inhabitants of a suburban supermarket — most prominently a sausage (voice of Seth Rogen) and his girlfriend, a bun (voice of Kristen Wiig) — believe that a joyful existence awaits them in “the Great Beyond” once human shoppers, whom they worship as gods, choose them from the shelves and take them home. But when a returned jar of honey mustard (voiced by Danny McBride) reveals how people actually treat their edibles, it launches the sausage on a quest for the truth.