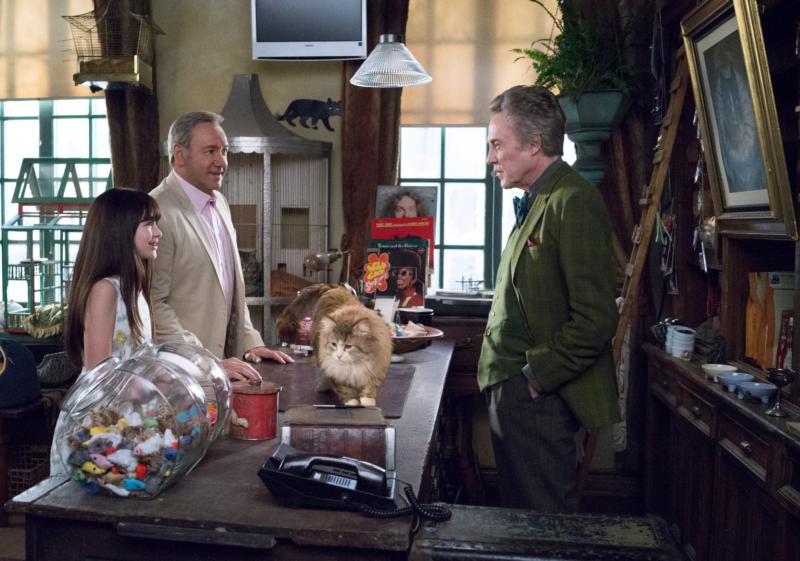 The formidable Kevin Spacey wanders through this wreck of a comedy playing a callous business tycoon who learns important life lessons when he’s forced, temporarily, to inhabit the body of a cat. This transformation, brought about in fulfillment of some dark hints about the mogul’s future made by the vaguely mysterious pet shop owner (Christopher Walken) from whom he purchased the feline as a birthday gift for his young daughter (Malina Weissman), enables him to hear what his family, which also includes his second wife (Jennifer Garner) and his grown son (Robbie Amell) from his previous marriage (to Cheryl Hines), really think of him.

While the force-fed moral underlying director Barry Sonnenfeld’s flavorless film, namely that familial bonds should take priority over the pursuit of wealth, is unarguable, the script includes elements that prevent endorsement for those youngsters who might be most inclined to settle for the entertainment value of slapstick animal antics.

A suicide theme, some adult wordplay, at least one use each of profanity and crass language, a mild oath, nonhuman scatological humor. The Catholic News Service classification is A-II — adults and adolescents. The Motion Picture Association of America rating is PG — parental guidance suggested. Some material may not be suitable for children.