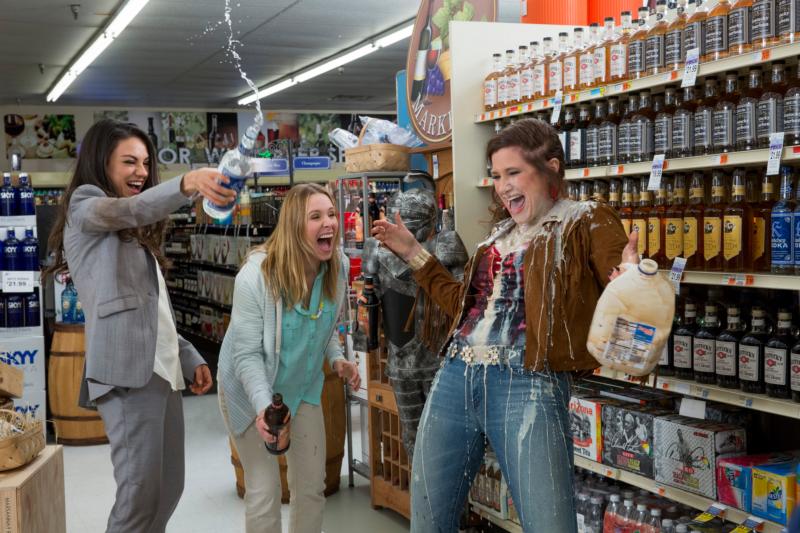 A stressed-out suburban mother (Mila Kunis) rebels against her taxing daily routine, demanding that her kids (Emjay Anthony and Oona Laurence) start fending for themselves in minor ways and indulging herself by skipping work, drinking and relaxing. Aided by two other like-minded moms — one a timid housewife (Kristen Bell), the other a raucous loudmouth (Kathryn Hahn) — she also takes on the bullying head (Christina Applegate) of her local PTA.

Directors and co-writers Jon Lucas and Scott Moore’s comedy has some valid points to make about the challenges of modern parenting. But their script’s preoccupation with jokes about how kids get here in the first place earns them a failing grade. More damagingly, they also send an ambiguous message about marital fidelity via their heroine’s possible split with her good-for-nothing husband (David Walton) and her discovery of fresh romance with the widowed father (Jay Hernandez) of one of her daughter’s classmates. While the dialogue suggests that her marriage may have been flawed from the start, her new relationship turns physical long before any potential divorce proceedings have even begun.