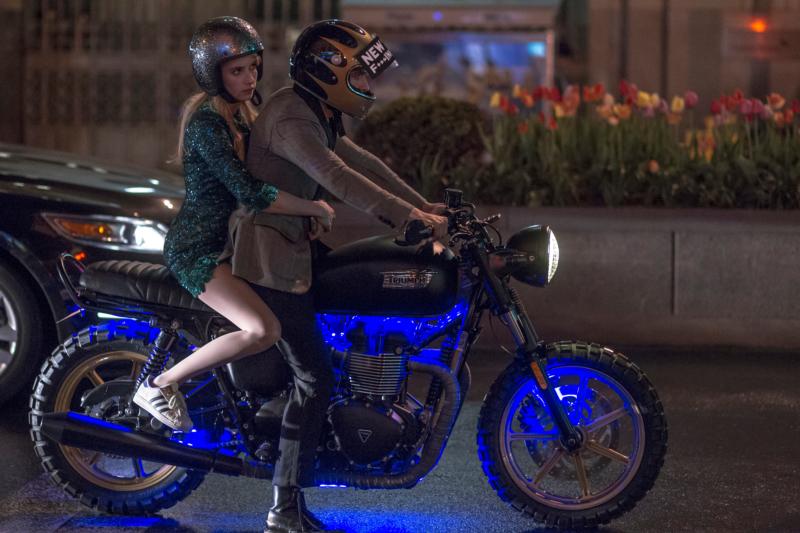 Emma Roberts and Dave Franco star in a scene from the movie "Nerve." The Catholic News Service classification is A-III -- adults. (CNS/Lionsgate)

This teen-geared drama starts with an intriguing premise: an online game in which viewers pay to watch players fulfill real-life dares in exchange for significant sums of money. Yet, as a straitlaced New York City high school senior (Emma Roberts) tries to shake her reputation for conformity by participating, directors Henry Joost and Ariel Schulman’s adaptation of Jeanne Ryan’s 2012 novel dissipates its energy trying to check too many boxes. Social commentary competes with romance — Dave Franco delivers a charismatic performance as a fellow contestant with whom Roberts’ character teams up — until, with the stunts accelerating from the merely embarrassing to the truly dangerous, thrills take center stage.

While the film can also be considered a cautionary tale, parents may be concerned that it will unintentionally inspire imitation. They’ll further note the presence of visual and verbal elements that make this unfit fare even for mature adolescents.