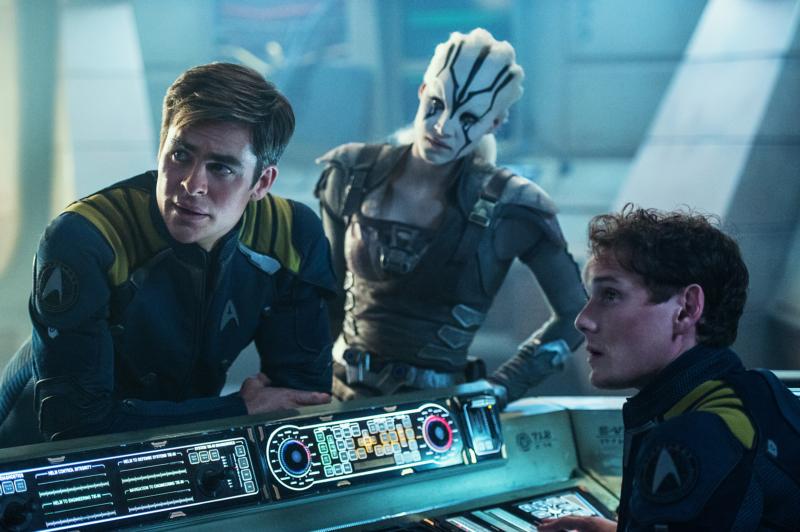 The 13th big-screen outing for the sci-fi franchise that began as a TV series in the 1960s is, overall, a rousing and rambunctious 3-D adventure.

Capt. James T. Kirk (Chris Pine) of the Starship Enterprise and his crew (including Zachary Quinto, Zoe Saldana and Karl Urban) respond to a distress call in a remote part of the galaxy. It’s a trap set by a reptilian megalomaniac (Idris Elba) bent, like many a villain before him, on the wholesale destruction of humanity through use of the ultimate weapon.

With its skillful blend of thrills and quieter moments devoted to character development, director Justin Lin’s film could normally be endorsed as a fun popcorn movie, though its action is too intense for kids. However, the inclusion of a scene revealing that helmsman Sulu (John Cho) is gay — he’s briefly shown with a male partner and a young daughter — sets the filmmakers at odds, however incidentally, with Christian values. Given the broad cultural impact of this widely loved franchise, and the clear intent to make a statement, even grown moviegoers need to take note of this unwelcome development.