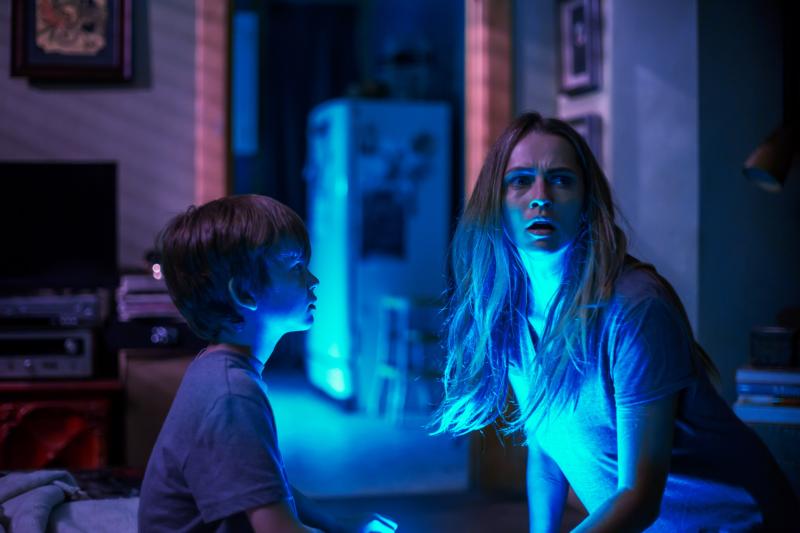 Gabriel Bateman and Teresa Palmer star in a scene from the movie "Lights Out." The Catholic News Service classification is L -- limited adult audience, films whose problematic content many adults would find troubling. (CNS/Warner Bros.)

A 10-year-old (Gabriel Bateman) has a better reason than most kids his age for not being able to get to sleep. His demented mother (Maria Bello), is camped out nightly in her dark bedroom with her best friend from childhood (Alicia Vela-Bailey) who, as the victim of a rare skin disease, has become hideous and feral. Though this zombie-like creature is repelled by light, she manages to exact a rising body count, and thus provokes the return of the lad’s sister (Teresa Palmer) who has long been estranged from Mom but is now determined to rescue her sibling.  The film’s unexpected and shocking ending is also morally unacceptable, and only the remoteness of the context from real life renders it possibly acceptable for at least a few well-grounded grownups.