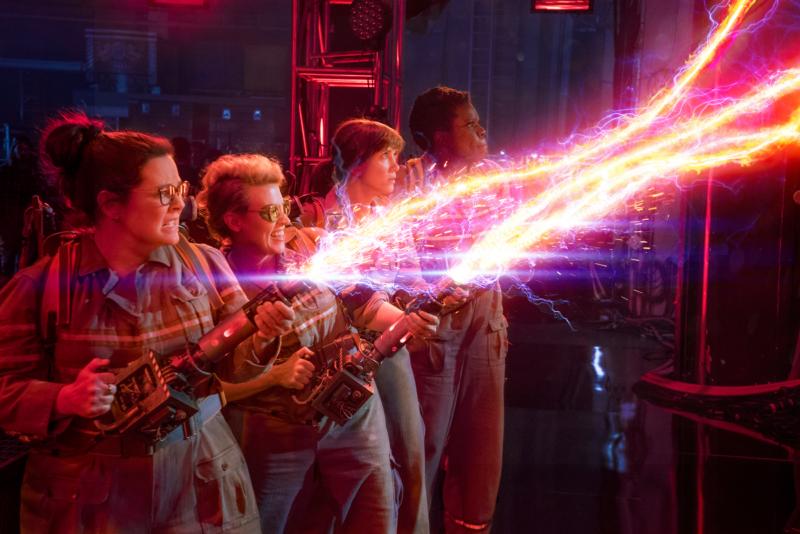 The tone is light and the emphasis on special effects heavy in this 3-D reboot of the franchise that began with the eponymous 1984 comedy.

Director and co-writer Paul Feig shifts the gender balance of the original as three parapsychologists (Melissa McCarthy, Kristen Wiig and Kate McKinnon) band together to track the numerous ghosts that have suddenly started popping up around New York City, eventually being joined on their hunt by a no-nonsense transit worker (Leslie Jones) whose subway station has fallen victim to one of the hauntings. Chris Hemsworth in the role of the ladies’ ditzy hunk of a secretary provides some of the laughs.

While the film’s treatment of the supernatural is unlikely to lead even the impressionable astray, the jokes, though generally harmless, are sometimes mildly raunchy, making this suitable for grownups only. Occult themes, some strong but stylized violence, a suicide, brief irreverence, occasional sexual and scatological humor, at least one use each of profanity and crude language, several crass terms, a series of obscene gestures.