School may be out for summer, but for five principals the break will be a little longer as they begin retirement this month.

Looking to spend more time with family, traveling and taking up special projects and hobbies are Mark Csanda of St. Mary School, Bloomington; Steve Eisemann of Costa Catholic Academy, Galesburg; Daniel Schmitt of Trinity Catholic Academy, LaSalle; Barbara Shrode of St. Paul School, Macomb; and Scott Turnipseed of Our Lady of Grace Catholic Academy, East Moline. This is the second time some have retired and it may not be the last time for all of them.

“The first time I retired it was for six weeks,” said Schmitt, who has served at the LaSalle school for six years. “We’ll see. Who might come calling, I don’t know.”

Two more principals are leaving to take new jobs. Ryan Bustle of The High School of Saint Thomas More in Champaign has been named vice principal at Pontiac Township High School, while Melissa Reder of St. Thomas School in Philo is moving to Georgia to be closer to family and will work as principal at another Catholic school, St. Mary in Rome.

Due to a change in circumstances, Joan Leonard, who had announced her retirement as principal at Jordan Catholic School in Rock Island, will continue to serve as a principal in the Diocese of Peoria. When classes resume, she will be greeting the students at Our Lady of Grace in East Moline.

Before they finished packing, the retiring principals shared highlights of their ministry and plans for the future with The Catholic Post.

This is actually Csanda’s third attempt at retirement. He was a teacher, coach and principal in public schools in central Illinois and Ohio for 20 years and spent 10 years as the youth ministry coordinator at St. Patrick Church of Merna in Bloomington before taking the job as principal at St. Mary School seven years ago. 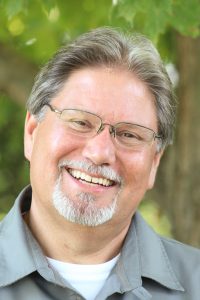 It was the opportunity to work with Father Ric Schneider, OFM, pastor, that brought him to St. Mary and falling in love with the Franciscans and school community that kept him there.

“What I learned about St. Mary is we have incredible kids and amazing teachers, loving parents and a supportive parish. You can’t ask for more than that as a principal,” Csanda said. “My life is completely different now because of the teachers I have worked with, and the kids and their parents.”

What he will take with him is the presence of Christ he has found in every person and has been renewed in him.

Csanda and his wife Carol are moving to Lake Bloomington, but will remain active in St. Mary Parish. He will continue his music ministry and would like to keep coaching basketball, while Carol serves as an extraordinary minister of holy Communion and visits the homebound.

“My prayers are for the future of St. Mary and the children there,” Csanda said. “We have done some great things over the years. There will be a transition with the Franciscans leaving, but it’s going to be fine.”

“This is truly an amazing environment,” Eisemann said of Costa Catholic Academy, which he has led since 2014. Working with the staff, parents and students and seeing them pull together for those in need has been one of his greatest joys. 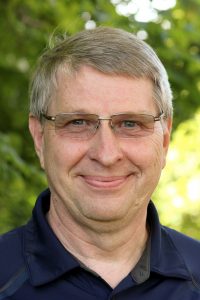 “During these two short years we have had a staff member with cancer, a staff member’s child with cancer and one of our preschool students diagnosed with acute lymphoblastic lymphoma. In every case the staff or parents, students and staff have rallied to provide emotional, spiritual and financial support without hesitation,” he said.

Highlights have included overseeing construction of the addition at Costa Catholic and getting the students settled in their new classrooms, and revitalizing the academic rigor of the school.

This is Eisemann’s second retirement — he worked for Galesburg District 205 for 35 years before retiring in 2012.

“When I retired the first time my plan was to ‘do anything I want and nothing I don’t,’” he told The Post. “A son in high school, another at Notre Dame University and grandkids out East will certainly play into the plans.”

Still, Eisemann will miss meeting the preschool and kindergarten children every morning. “Their enthusiasm always gave a great start to the day,” he said.

After spending 45 years in education — 38 years in public schools and the last seven in Catholic schools of the Diocese of Peoria — Schmitt quietly decided to step down and pursue other interests. 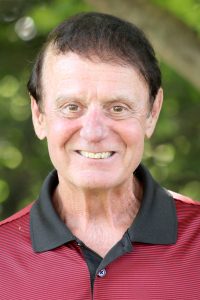 The timing is right, he said. Pointing to an encouraging increase in enrollment and a new curriculum for math and reading, he noted, “The future is bright for the school.”

For more than two decades Schmitt was principal at Prairie Central High School in Fairbury, so he enjoyed the opportunity to serve on the grade school level, first at St. Paul School in Odell and then Trinity Catholic Academy in LaSalle. He also appreciated coming together with the students and staff to start the day with prayer and attending Mass as a school community each week.

Another highlight has been working with Father Antonio Dittmer, the pastor, and Father Paul Carlson, parochial vicar, of the LaSalle Catholic Community.

While he is leaving the principal’s office, Schmitt hasn’t given up his teaching certificate and said, “I think I’ve got some things to offer.”

With two homes to take care of, he has plenty to keep him busy. “I’m going to stay active,” he said.

Shrode and Msgr. Richard Pricco, pastor at St. Paul in Macomb, used to say they would retire at the same time, but she beat him to it. While it’s the right time, she will miss their partnership of 19 years. 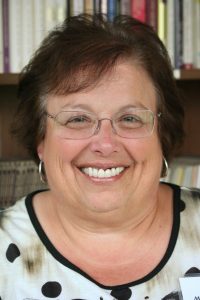 “He’s been good to work with, he really has,” Shrode said, noting that she will always remember his advice to the students: “Say your prayers and do your work. The more you learn, the more you learn about God.”

Shrode was a first grade teacher for nine years and principal for 15 years in public schools before she came to St. Paul. One of the highlights of her time there has been the weekly Masses with the students.

“When you see the kids praising and worshipping, it’s all worth it,” she said. “It just gives you that boost of energy to keep going. . . . These children are experiencing the love of God. What better work could you be doing than that?”

Shrode has also enjoyed “Lunch with the Principal,” which brings every student to her office in groups of three or four during the school year to relax and spend time with her.

“They got to see the principal was there to help them and guide them,” she said.

With a daughter in grad school and her husband, John, continuing to work for the U.S. Postal Service, Shrode doesn’t plan to go far. She hopes to continue to serve St. Paul School as a volunteer.

“I’m very proud to have been able to keep Catholic education going,” she said. “I feel it’s a big mission of our church. To have been part of that and kept it vibrant in this community has meant a lot to me.”

Turnipseed spent 34 years as a public school teacher and principal before retiring in 2010. Even then he continued working as a substitute teacher at the Blackhawk Center for Special Education in East Moline for two years. 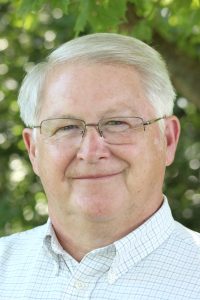 He came out of retirement to lead Our Lady of Grace Catholic Academy in East Moline in 2012, but is making it official this time.

“We have some grandchildren in Kansas who will be a little easier to see now,” Turnipseed told The Post. “I have several woodworking projects that I put on hold four years ago and I have gutters to clean — things I just don’t have time to do now.”

Traveling also may be on the horizon, although his wife will continue to work as a school librarian for another year.

Turnipseed said he enjoyed being in the faith-filled, family atmosphere of Our Lady of Grace.

“I came to share my faith and I think it was quite the opposite,” he said. “I got to learn a lot of things I hadn’t participated in before and that was a wonderful thing. They taught me a lot.”