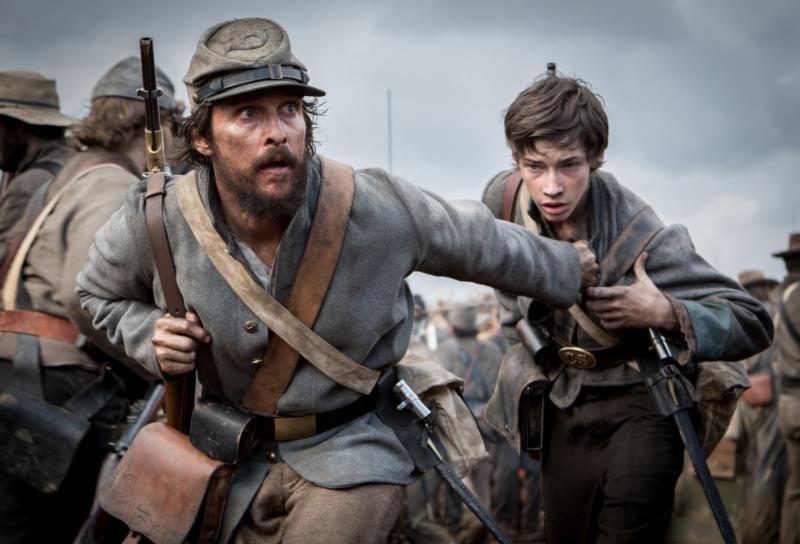 Ambitious, earnest and frequently riveting historical drama about the real-life Mississippi farmer (a charismatic Matthew McConaughey) who led a group of fellow deserters and runaway slaves in an armed campaign against the Confederacy during the Civil War.

Writer-director Gary Ross (“Seabiscuit”) spent a decade researching the project in collaboration with various scholars and painstakingly provides historical context using screen titles and other slightly less obvious guideposts, which can give the film a lumbering feel. (There is also a companion web site: freestateofjones.info). The sense that every emotional reaction and cognitive response has been calculated in an attempt to craft a rousing, informative picture means the story doesn’t unfold as organically or artfully as it might.

Yet with the help of first-rate cinematography and design work, it stands as a powerful, thought-provoking piece of popular entertainment suitable for mature adolescents despite the complex and often harsh subject matter.

Frequent graphic war violence including some grisly images, several hangings, the brutal execution of a wounded soldier, off-camera sexual exploitation of a woman, many racial epithets, and one use of crude and one of crass language. The Catholic News Service classification is A-III –- adults. The Motion Picture Association of America rating is R -– restricted. Under 17 requires accompanying parent or adult guardian.