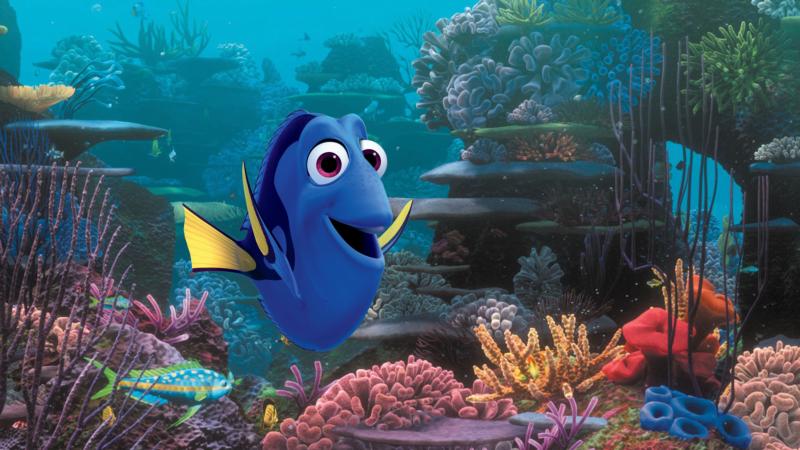 This dandy animated sequel to 2003’s “Finding Nemo” sets that film’s trio of main characters on another epic journey, this one undertaken to reunite the absent-minded blue tang of the title (voice of Ellen DeGeneres) with her long-lost parents (voices of Diane Keaton and Eugene Levy).

Her eventful quest, on which she’s accompanied by the father (voice of Albert Brooks) and son (voice of Hayden Rolence) duo of clownfish she befriended in the first outing, takes her to a fictional California aquarium. There she gains the help of three more pals: a curmudgeonly octopus (voice of Ed O’Neill), a beluga whale with defective sonar skills (voice of Ty Burrell) and a nearsighted whale shark (voice of Kaitlin Olson).

Working with co-director Angus MacLane, writer-director Andrew Stanton conveys life lessons about family loyalty, teamwork and the proper balance between courage and caution via a script full of gentle humor and appealing personalities. But his most impressive achievement is the use to which he puts the various disabilities on display, using them to send an implicit anti-bullying and pro-life message to youthful viewers.

While objectionable elements are virtually absent, the dangers lurking in the deep may be too much for small fry. Scenes of peril, a distant reference to cliches about the facts of life, equally vague bathroom humor.