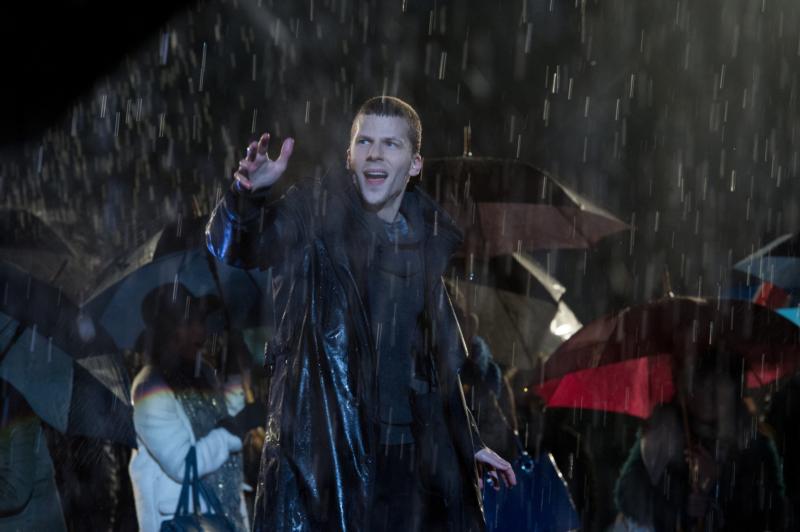 Jesse Eisenberg stars in a scene from the movie "Now You See Me 2." The Catholic News Service classification is A-III -- adults. (CNS photo/Summit Entertainment)

A trio of magicians and illusionists (Jesse Eisenberg, Woody Harrelson and James Franco) — their performing ensemble, the “Four Horsemen,” now rounded out by Lizzy Caplan in lieu of Isla Fisher — returns to execute a complicated, worldwide sting involving a computer circuit that can de-encrypt any system into which it’s plugged. The tricks performed by the quartet in this follow-up to the 2013 original are deconstructed in great detail, as if director Jon M. Chu and screenwriter Ed Solomon are anxious for the audience not to miss any of their cleverness or its meaning.

Though this gives an otherwise compelling, intelligent sequel the slight cast of an old Scooby-Doo cartoon, there’s no denying the brilliant choreography of the film’s climactic set piece.

Probably acceptable for older adolescents. Mild action violence, some profane and crude language, a vulgar gesture. The Catholic News Service classification is A-III — adults. The Motion Picture Association of America rating, PG-13 — parents strongly cautioned. Some material may be inappropriate for children under 13.