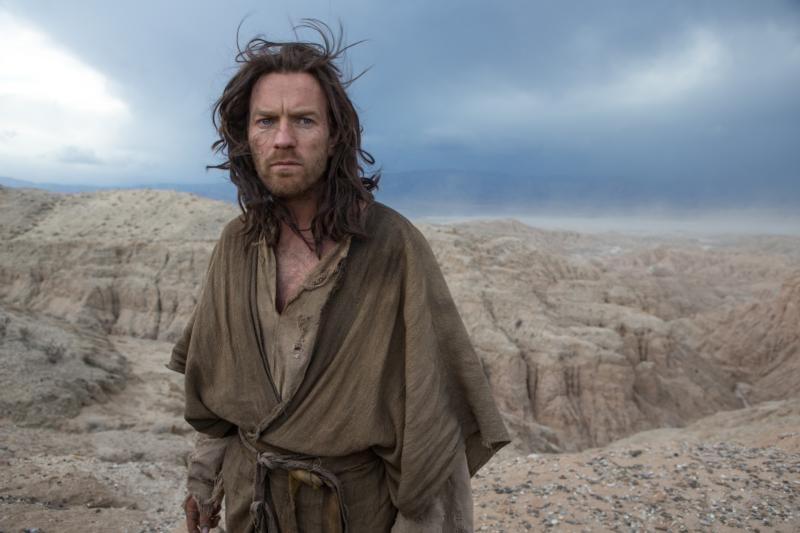 Ewan McGregor stars as Jesus in a scene from the movie "Last Days in the Desert." The Catholic News Service classification is A-III -- adults. (CNS photo/Broad Green Pictures)

Toward the end of his 40 days of fasting and prayer in the desert, Jesus (Ewan McGregor) — here called by his Hebrew name, Yeshua — spends time with a family of wilderness dwellers, becoming emotionally invested in the conflict between the father (Ciaran Hinds) and his teen son (Tye Sheridan) over the lad’s future as well as the fate of the terminally ill mother (Ayelet Zurer). Watching the situation with mocking spite, and doing his best to sow doubt in the Savior’s mind, is the Devil (also McGregor) who manifests himself as his adversary’s double.

Striking cinematography and a high level of artistic commitment from the cast are offset, in writer-director Rodrigo Garcia’s drama, by a sluggishly paced plot that fails to evoke as much interest in viewers as it does in his possibly divine — but possibly merely human — protagonist. Respectful ambivalence about the person of Jesus not only undercuts the film’s appeal for believers but creates some aesthetic confusion as well. Religious themes requiring mature discernment, brief partial nudity, momentary scatological humor.