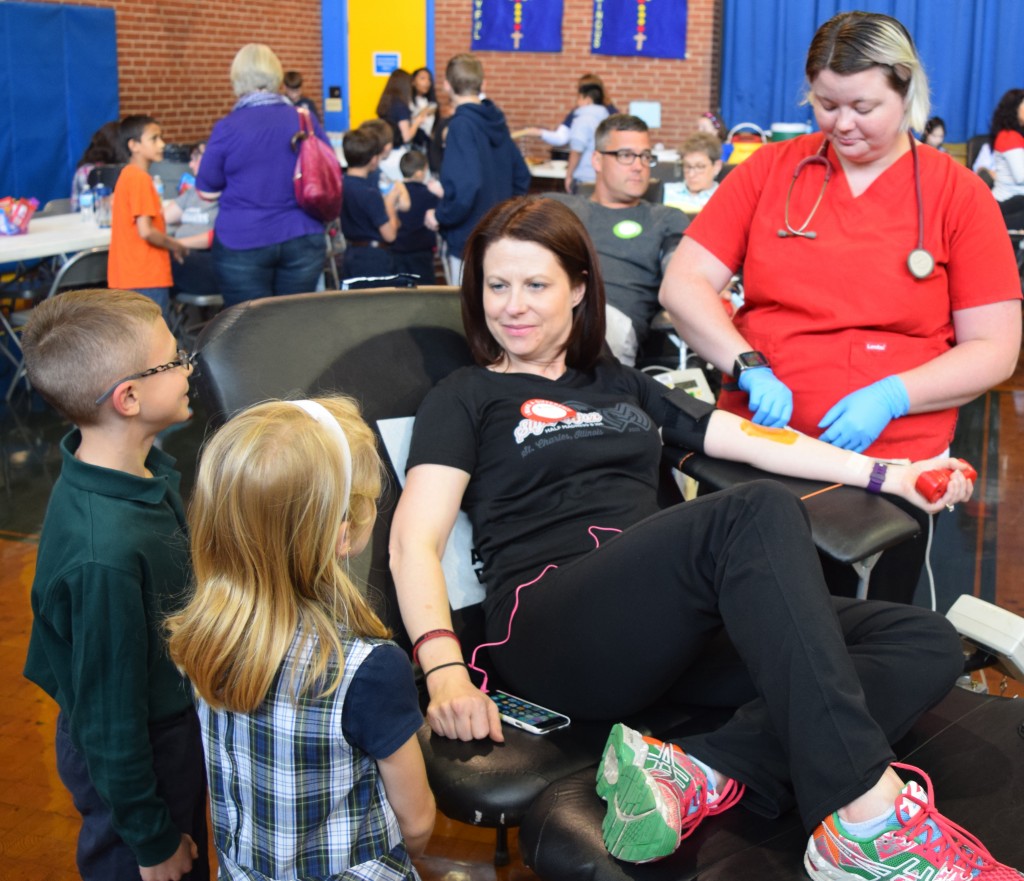 As Kelly Gentsch, a fifth grade teacher at St. Mary School in Bloomington, prepares to give blood during a drive the school hosted on April 29, she answers questions from her children Maddie and Cole. The technician is Rayscha Hardwick. (The Catholic Post/Tom Dermody)

“I can’t believe what it’s become,” said Susan Bassi, a physical education and health teacher, as she stood in the school gym where the American Red Cross had set up 14 beds for the 155 adults who would donate blood on April 29. 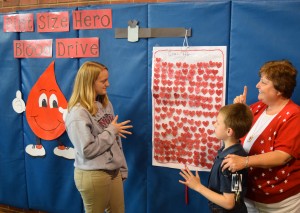 The donors were recruited by St. Mary students as part of a “Pint Size Heroes” blood drive. But the students’ involvement doesn’t end in signing up family and friends — they also escort donors around the gym and serve snacks after the process is complete.

“These are grade school students making a difference in people’s lives,” said Bassi, who coordinates the drive for the school. She noted the number of donors has swelled from 35 the first year, to 126 a year ago, to this year’s 155.