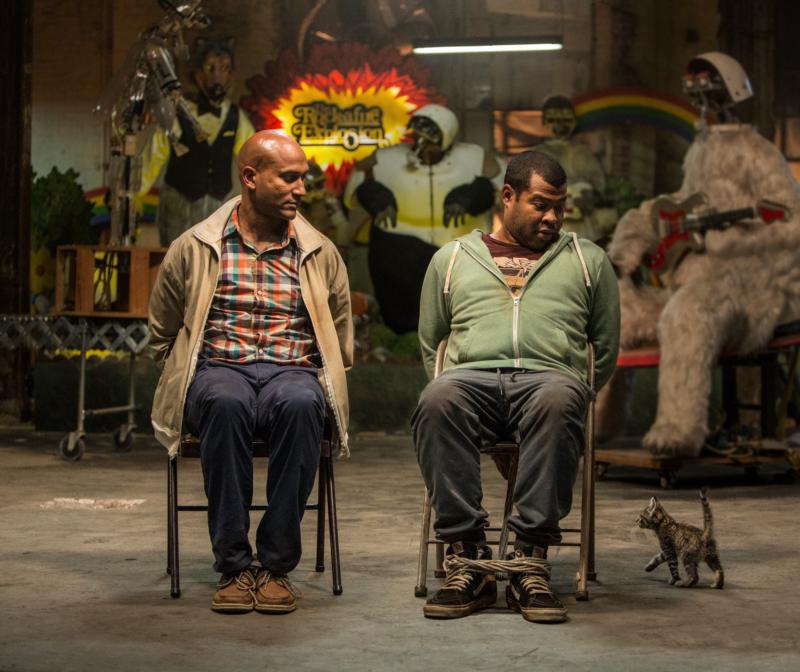 Satirical action-comedy starring Keegan-Michael Key and Jordan Peele as nerdy African-Americans who must pose as murderous thugs — and mingle with drug-slinging Los Angeles gangsters — to recover the purloined kitten of the title.

As honed on their Comedy Central television series, Key and Peele’s brand of socially aware humor frequently considers the influence of pop culture on racial identity and translates well to the big screen. The catch is that they are bound to mimic what they spoof. And so their movie traffics in precisely the material it sends up — particularly with respect to stereotypical cursing.

Director Peter Atencio keeps the focus on his two stars whose approach is generally lighthearted and good-natured. Yet a disrespectful tone toward God and religion, together with the gritty milieu of their underworld parody, mars their potentially valuable commentary. Scenes of sometimes gory violence, much drug use, some irreverence, upper female and rear nudity, occasional profanity, pervasive rough language.