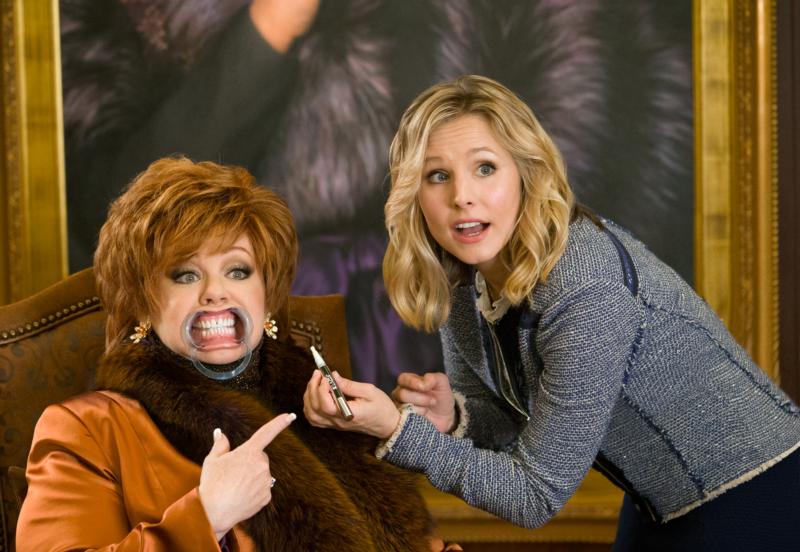 Melissa McCarthy and Kristen Bell star in a scene from the movie "The Boss." The Catholic News Service classification is O -- morally offensive. (CNS/Universal)

After a prison stint for insider trading, a disgraced businesswoman (Melissa McCarthy, who also co-wrote the script) moves in with her former assistant (Kristen Bell) and the secretary’s preteen daughter (Ella Anderson).

While minding the youngster, she strikes on the idea of staging a comeback by starting a for-profit version of the Girl Scouts to market her long-suffering hostess’ outstanding brownies. But her plan is threatened by the ex-lover-turned-rival (Peter Dinklage) whose tip to the authorities brought about her downfall.

Dead-end subplots and trashy humor alternate with failed attempts at a more serious tone in director and co-writer Ben Falcone’s dim star vehicle. Whether exposing her backside to her roommates or working through the emotional problems bred during her childhood in an orphanage, McCarthy’s character makes a thorough nuisance of herself, inspiring more grimaces than giggles.