“Barbershop: The Next Cut” (Warner Bros.) 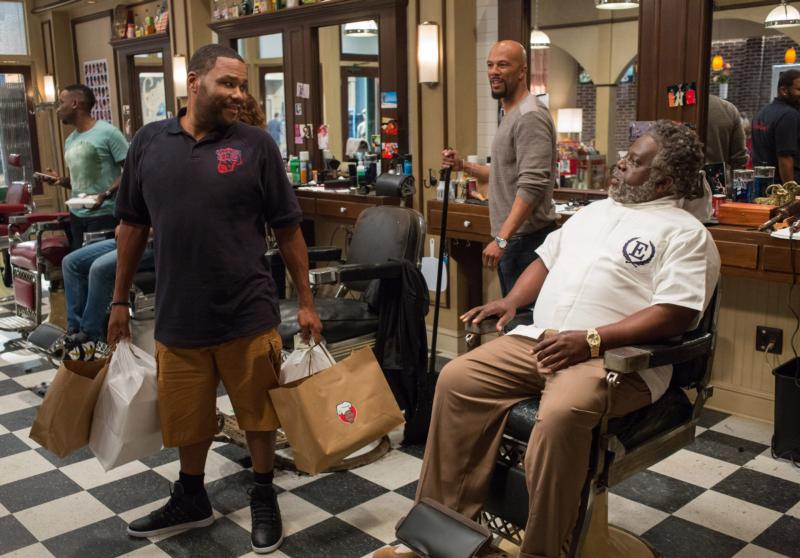 Anthony Anderson, Common and Cedric the Entertainer star in a scene from the movie "Barbershop: The Next Cut." The Catholic News Service classification is L -- limited adult audience. (CNS/Warner Bros.)

Earnest but heavy-handed debates about how to deal with gang violence are interspersed with frequently vulgar jokes in this seriocomic portrayal of life on Chicago’s South Side.

With the shop of the title now augmented by a beauty parlor (led by Regina Hall), much of the barbed chitchat exchanged between the original’s proprietor (Ice Cube) and his ensemble of colleagues and friends (most prominently Cedric the Entertainer, Common, Eve and Nicki Minaj) concerns the battle of the sexes. But combat of a more serious kind threatens both the business and the surrounding neighborhood, leading to efforts to organize a weekend-long truce.

As scripted by Kenya Barris and Tracy Oliver, director Malcolm D. Lee’s third entry in a franchise that began in 2002 is fundamentally moral in upholding community values and marital commitment. Yet some of the distasteful detours it takes along its path to a respectable wrap-up narrow its appeal even for grown moviegoers.

Some demeaning, though nongraphic, sexual behavior, much sexual humor, fleeting rear nudity, a handful of profanities, at least one rough term, pervasive crude and crass language, an obscene gesture.