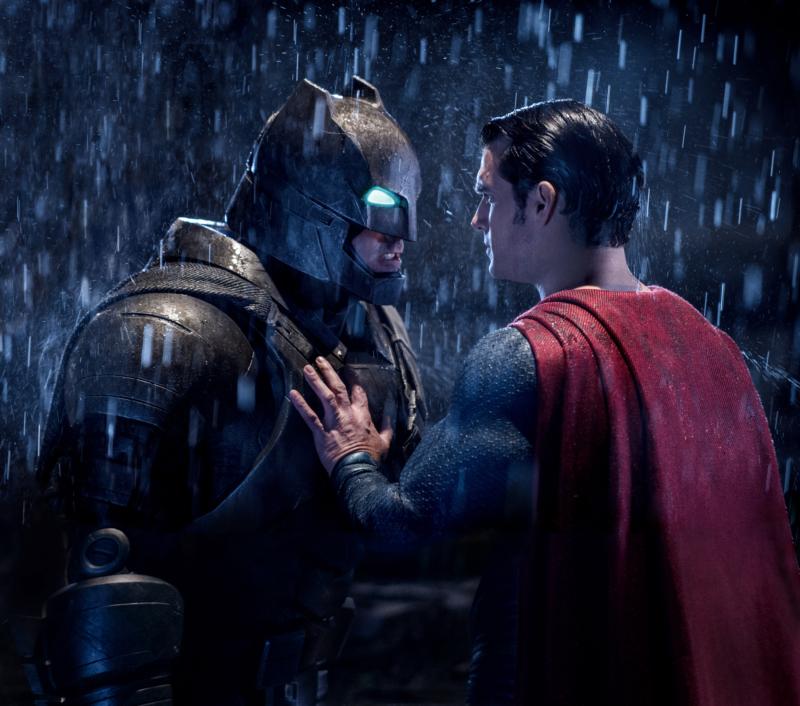 The titans of the DC Comics universe battle it out in this follow-up to 2013’s Superman reboot, “Man of Steel,” once again directed by Zack Snyder.

The Dark Knight (Ben Affleck) grows to resent the death and destruction wrought as collateral damage in the clash between Krypton’s favorite son (Henry Cavill) and his archenemy, Gen. Zod (Michael Shannon). So he joins in a rising chorus of voices questioning the mighty alien’s true intentions. From the sidelines, megalomaniac Lex Luthor (Jesse Eisenberg) aggravates the conflict for his own purposes.

All of this threatens the shacked-up domestic bliss shared by Superman’s alter ego, Clark Kent, and his Daily Planet newspaper colleague, Lois Lane (Amy Adams). But help is on the way with the unexpected appearance of 5,000-year-old Amazon princess Wonder Woman (Gal Gadot).

Snyder’s film is at once thoroughly entertaining and thought provoking, even if its operatic scale comes at the cost of endless mayhem and an ear-splitting score. The roller-coaster ride into which he straps viewers is often exhilarating and ultimately exhausting — and much too intense for the younger set.