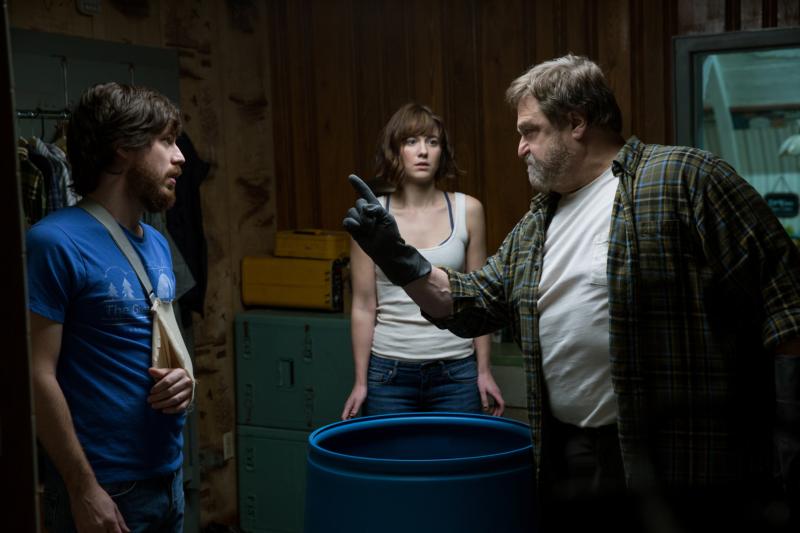 Audacious, witty, intelligent and skillfully made, this bracing combination of suspense and science fiction from director Dan Trachtenberg is also refreshingly free of vulgarity.

Held captive in an underground bunker by a paranoid and possibly murderous survivalist (John Goodman) who insists he saved her from an apocalyptic event in the wider world, a lone traveler (Mary Elizabeth Winstead) must decide between the claustrophobic evil currently confronting her and the unidentified dangers that may be lurking outside.

Probably acceptable for mature teens. Some bloody physical violence, including a shooting death, an intense atmosphere, a single use of rough language.