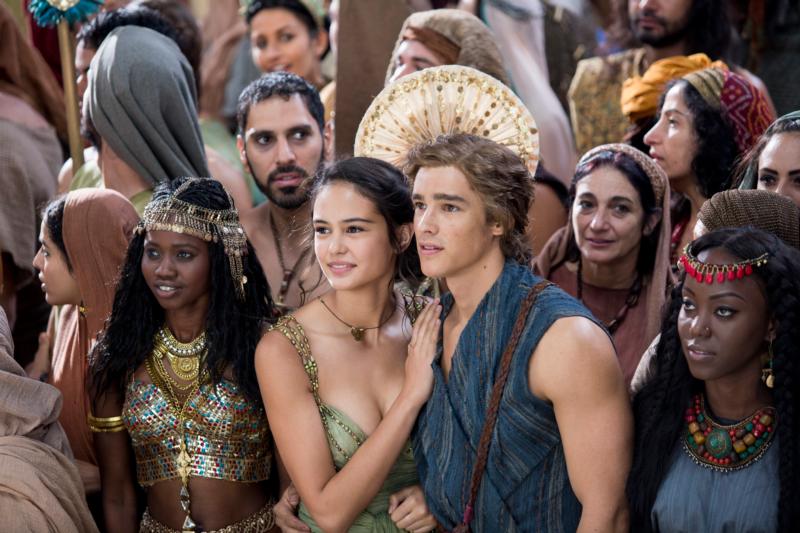 Courtney Eaton and Brenton Thwaites star in a scene from the movie "Gods of Egypt." The Catholic News Service classification is A-III -- adults. (CNS/Summit Entertainment)

A wicked god (Gerard Butler) usurps the throne of his brother (Bryan Brown), slaying him in the process, and gouges out the eyes of his nephew (Nikolaj Coster-Waldau), thereby removing his divine powers. But a teenage mortal (Brenton Thwaites) and his resourceful girlfriend (Courtney Eaton) scheme to retrieve the purloined peepers and restore the rightful heir.

Viewers are unlikely to fall into the sin of idolatry as a result of this overblown nonsense which strays, on occasion, into outright campiness before fading quickly — and mercifully — from memory. Mythological hooey, cartoonish action violence, an adulterous relationship, at least one crude term.