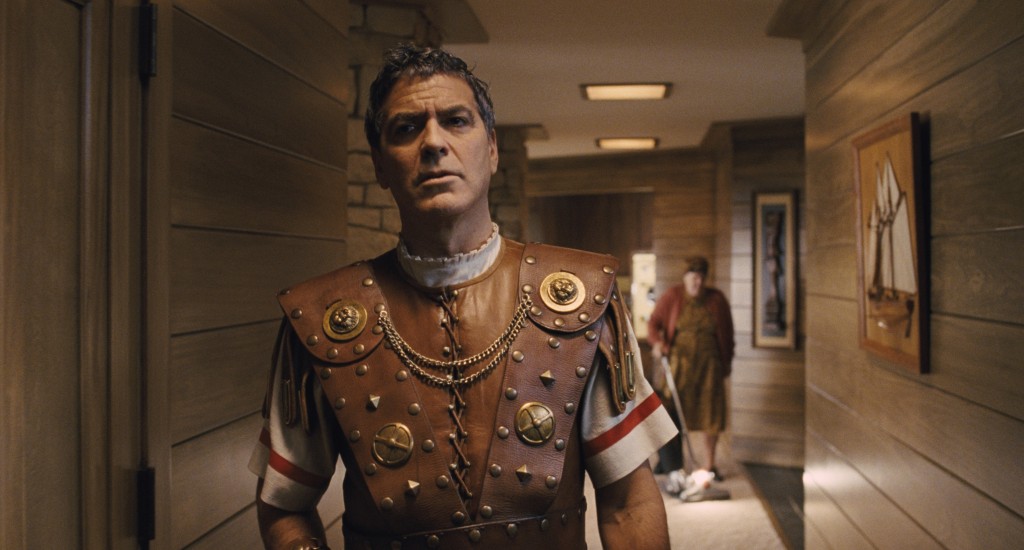 Set in 1950s Hollywood, this comedy’s plot about the kidnapping of a major star (George Clooney) and a conscientious studio executive’s (Josh Brolin) efforts to retrieve him without creating unwanted headlines is merely an excuse for writers and directors Joel and Ethan Coen to spoof golden-age Tinseltown. Those lovingly satirized include a goodhearted screen cowboy (Alden Ehrenreich), an Esther Williams-like swimmer (Scarlett Johansson), a handsome hoofer (Channing Tatum), a pretentious helmer (Ralph Fiennes) of drawing-room dramas and a pair of rival gossip columnists who also happen to be sisters (both played by Tilda Swinton).

The fact that Brolin’s character is an absurdly scrupulous Catholic, and that Clooney’s leading man is playing a Roman officer in a biblical epic means, however, that religion also gets a ribbing. Adult viewers will need to discern whether, in their judgment, faith itself is being ridiculed or merely its cheapening at the hands of crude filmmakers and misguided devotees.

Complex treatment of religious themes, including some irreverent humor, comic references to homosexuality, a couple of uses of profanity and of crass language. The Catholic News Service classification is L — limited adult audience, films whose problematic content many adults would find troubling. The Motion Picture Association of America rating is PG-13 — parents strongly cautioned. Some material may be inappropriate for children under 13.