Marquette Academy in Ottawa invests in future with $1.5 million campaign

OTTAWA — With the community’s blessing, Marquette Academy has launched a $1.5 million capital campaign to upgrade technology, renovate its facilities, and increase its endowment in order to make more scholarships and financial assistance available.

Principal Brooke Rick said any monies donated over that goal will be split evenly between reducing the school’s $1 million debt — much of it incurred when the new high school was constructed in 1991 — and the endowment fund.

“The campaign isn’t to save the school. It’s to help us continue to grow and give our kids better opportunities for education,” Rick told The Catholic Post. “We’re excited. This is all for the future.”

That is reflected in the campaign’s theme, “Proud of Our Past . . . Investing in Our Future.” Launched at a Parent Appreciation Mass and spaghetti dinner on Jan. 31 at the beginning of Catholic Schools Week, the campaign had received 24 pledges for a total of $200,000 as of Feb. 8. 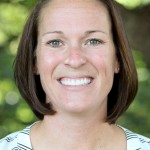 “The whole purpose of this is to continue to move into the future. We’re excited for what’s to come.” — Brooke Rick, principal, Marquette Academy

The first phase will culminate April 9-10 with “commitment weekend” for members of Marquette’s partner parishes and other friends of the school.

Pledges may be paid over three years, according to Rick.

Leadership also has been provided by Father Jacob Rose, chaplain; Father Philip Halfacre, vicar, and the priests of the Ottawa Vicariate; general chairs Bob and Cheryl Durdan and Larry and Bonnie McGrogan; and honorary chairs Jerry Halterman and Dan and Linda Reynolds.

The idea for a capital campaign at Marquette isn’t new.

“Ever since I’ve been principal we’ve talked about a capital campaign, but we’ve never actually moved forward with it,” Rick said. She cited the Steier Group of Omaha for helping school officials plan and move forward with the project.

An important part of the process was doing a feasibility study to give the Marquette community and others in the Ottawa area a chance to voice their thoughts about the academy’s needs.

“We didn’t want to establish goals or ideas without their input,” Rick explained. “The response was overwhelming from our stakeholders that they felt technology and STEM (science, technology, engineering and math) had to be something we focused on

. That’s why we set that as our first tier.”

The $350,000 allocated for this would give them a new server to connect the elementary and high school campuses, renovate science labs into STEM labs and provide training for the teachers, put SMART boards in every classroom, and buy Chromebooks and charging stations for both campuses.

Rick said those who know the buildings realized that facilities were in need of attention. In Tier II, the campaign will provide $500,000 to replace windows in the high school gym, reinforce its eastern wall, and put a new roof on the high school.

Tier III will dedicate $500,000 to the endowment so Marquette can offer more financial assistance, thereby increasing enrollment. It would also reduce dependence on parish financial support, according to the campaign goals.

Rick said surveys were sent to 5,000 people — everyone in the school database, including alumni, grandparents, parents and current families. Interviews were conducted with about 100 individuals.

“The response was very high — 84 percent – who said we should move forward with the campaign,” she said. “That was our big concern. We didn’t want to put our community in the midst of something they didn’t really want or feel we needed.”

The school is seeing a positive trend in other ways. Rick said enrollment has increased for the first time since the campuses were combined to form Marquette Academy six years ago, with 47 children in pre-school, 182 students in the grade school and 179 students in the high school.

“The whole purpose of this is to continue to move into the future,” she said. “We’re excited for what’s to come.”

For more information on “Proud of Our Past . . . Investing in Our Future,” go to marquetteacademy.net.