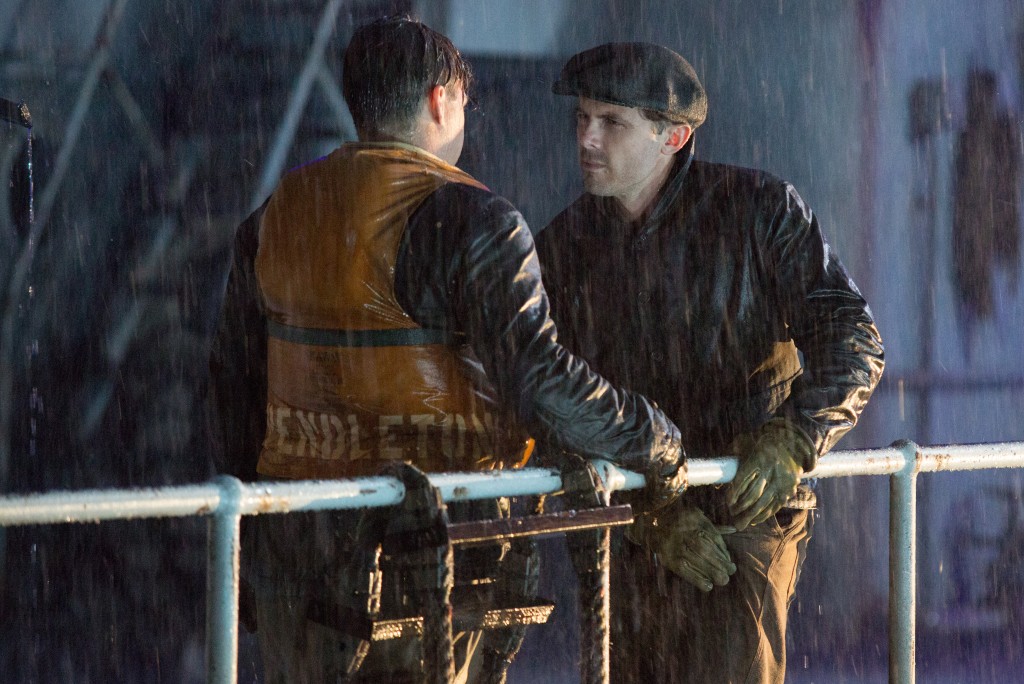 Casey Affleck and Michael Raymond-James star in a scene from the movie "The Finest Hours." The Catholic News Service classification is A-III -- adults. (CNS photo/Disney)

The remarkable true story of the most daring small boat rescue mission in Coast Guard history comes to the big screen in this grand old-fashioned adventure, directed by Craig Gillespie and based on the 2009 novel by Michael J. Tougias and Casey Sherman.

In February 1952, a powerful Nor’easter strikes the Massachusetts coast, pummeling shoreline towns and wreaking havoc on ships caught in its deadly path. An oil tanker, S.S. Pendleton, breaks apart in 60-foot waves and hurricane-force winds, stranding 36 sailors in the stern, bobbing like a cork in the mighty sea. By chance, a Coast Guard station locates the wreck, and the officer (Eric Bana) dispatches a captain (Chris Pine) and his crew (Ben Foster, Kyle Gallner, John Magaro) to mount a rescue in a small wooden lifeboat. On board the wreck, the engineer (Casey Affleck) takes command of the crisis situation as the stern section slowly sinks.

Gillespie strikes the right balance between striking renderings of Mother Nature’s fury (even more impressive than 2000’s “The Perfect Storm”), and quieter moments, conveying fear and uncertainty among the rescuers and the rescued, as well as their reliance on prayer and faith.

Extreme storm-based action and scenes of peril, and some crude and profane language.