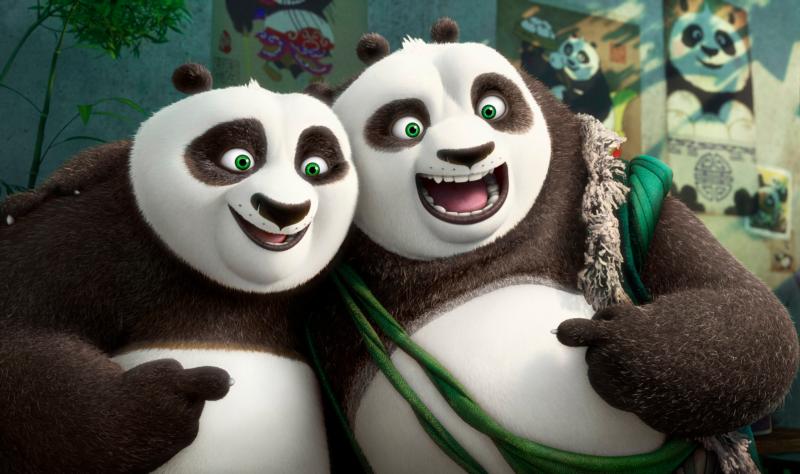 The unlikely martial arts master of the title (voice of Jack Black) — whose rise to his destined status as a legendary warrior was chronicled in this animated adventure’s two predecessors — faces off against an evil aggressor (voice of J.K. Simmons) armed with supernatural powers.

Family values get a boost when the bear reunites with his biological father (voiced by Bryan Cranston) yet remains close to his adoptive dad (voice of James Hong), and the importance of teamwork is underlined by his ongoing collaboration with a band of fellow black belts. As he continues to receive spiritual guidance from his undersized mentor (voice of Dustin Hoffman), however, non-scriptural philosophical ideas — some from the background of the earlier movies — come obtrusively to the fore.

While these elements of directors Jennifer Yuh Nelson and Alessandro Carloni’s visually pleasing film can form the basis for a useful discussion with teens, really impressionable youngsters will likely be left confused. Mythological themes alien to a Christian worldview, cartoon violence, at least one mildly scatological joke.