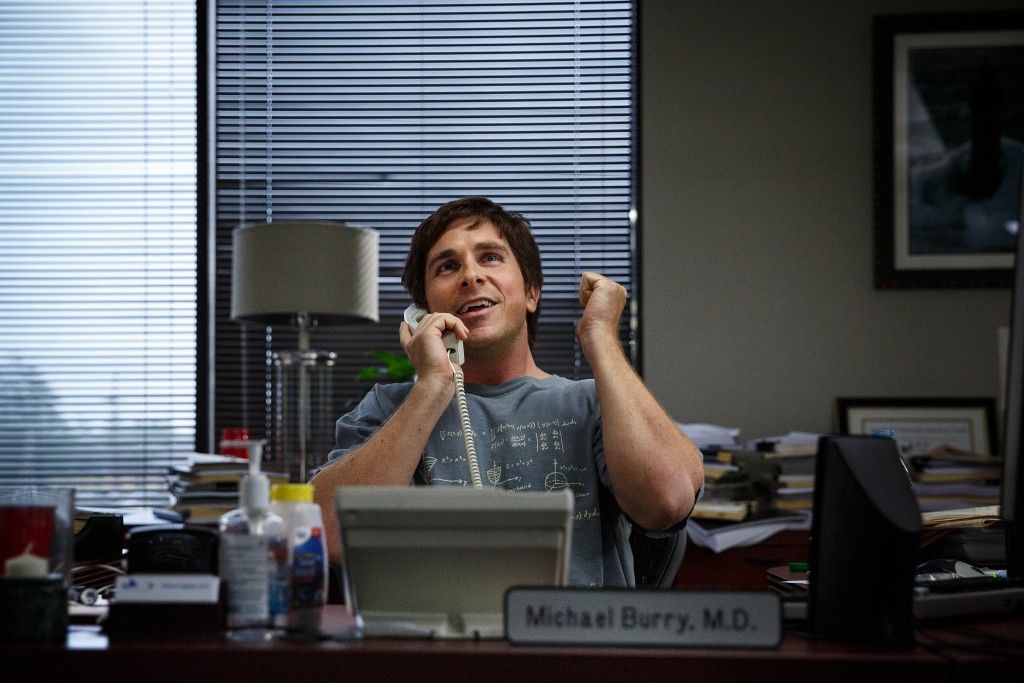 Christian Bale stars in a scene from the movie "The Big Short." The Catholic News Service classification is A-III -- adults. (CNS photo/Paramount)

The run-up to the financial crisis that began in 2007 provides the backdrop for director and co-writer Adam McKay’s ensemble dramatization — based on the real events recounted in Michael Lewis’ 2010 book — about a handful of individuals who foresaw the collapse of America’s housing market.

Despite virtually universal opposition from clients and colleagues, two eccentric fund managers (Christian Bale and Steve Carell), a fast-talking banker (Ryan Gosling) and a pair of small-scale investors (Finn Wittrock and John Magaro) backed by a retired Wall Street powerhouse (Brad Pitt) stake everything on a downturn. Along with interesting characters acting under severe pressure as they wait for the system to collapse, McKay’s screenplay, written with Charles Randolph, offers audiences an amusing primer on the economic factors underlying the crash. Even as it merrily berates the greed and folly its heroes alone seemed able or willing to see, the script carefully reminds moviegoers of the human cost resulting from such widespread corruption.

Some brushes with the seamy side of life and persistent machismo-driven swearing may limit the film’s appeal, however, even among grownups. Upper and rear strip-club nudity, a suicide theme, brief irreverent humor, several uses of profanity, relentless rough and crude language.