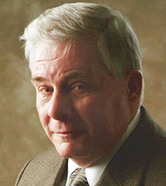 Photo Caption: Steve Crittenden served in the Navy for 20 years as a medical corpsman. After retiring from the Navy, he worked at Caterpillar Inc. for 24 years.

On Wednesday, March 25, Kathy Crittenden got the worst news of her life.

Her father was dying.

The congestive heart failure Steve Crittenden, 76, had been battling for years and serious complications due to a broken ankle had taken their toll, and a stroke had taken him to OSF Saint Francis Medical Center in Peoria. Doctors told the family all they could do was keep him comfortable.

“I’m not going to make it,” he told Kathy when she walked into his hospital room. “Don’t let me die in a nursing home.”

“Mom and Dad were married for 58 years. They were high school sweethearts. They had gone through grade school and high school together and known each other their whole life,” said Kathy, who moved into her parents’ Dunlap home to help with his care. “We were going to set up a bed in the house and have him die at home, surrounded by all of us, where he wanted to be.”

Those involved in palliative care and hospice care urged them to rethink that decision for a number of practical and emotional reasons and recommended that they consider the OSF Richard L. Owens Hospice Home instead. She said it was the right move for her father and her family, already exhausted by worry and grief.

MORE THAN MEDICINE
“Everybody was there to greet him. It’s like he was the star of the show,” said Kathy, who works as the administrative assistant for mission integration at OSF HealthCare System in Peoria.

The first thing the staff did was to get him out of his hospital gown and dress him in a regular polo shirt. Kathy remembers it was aqua blue.

“He felt like a human,” she said. “We asked him so many times, ‘Dad, are you happy?’ and he would look at us with a smile and just nod.”

Kathy also remembers how Dr. Phillip Olsson, medical director of OSF Hospice and the Hospice Home, sat next to Steve and struck up a conversation about his life, what he did, and his hobbies.

“It wasn’t medical questions. It was getting to know who my dad was as a person,” she told The Catholic Post. “It was about caring for the one who was going to be going ‘home’ soon.”

Told “we’re here for you” by the staff, Kathy asked if there was any way her father, a devoted Chicago Cubs fan, could see a game that was on that night since it might be his only opportunity. They placed him in a recliner and moved him to one of the large living rooms where Kathy, her mother Pat, and her two sisters and their families could spread out and watch it together.

“We got to be normal for a little bit,” she said, tearing up as she recalled leaving her parents sitting side by side, as they had so many evenings during their long married life.

Steve Crittenden died two days later as he gazed out the large window of his room at the OSF Richard L. Owens Hospice Home.

The family was joined by Dr. Olsson and Felicia Schafer, executive director of the Hospice Home, as they stood around his bed, hands joined, to offer a prayer.

“It made his death so much easier,” Kathy said. “You die with dignity there. He was somebody, even that last two days. They made him feel like the king of the world.”

Now the Crittendens want to pass along what they received. They have been talking to Schafer about planting a memorial garden outside the window of Steve’s room to give comfort to other hospice patients and their families.

“We are beyond blessed to have that facility in this town,” Kathy said.