Jesus calls us to something greater — a relationship with him 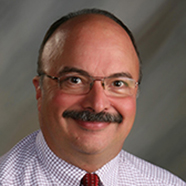 This week the Gospel according to Mark features the curing of a second blind man, Bartimaeus, in just over 100 verses of Scripture. The significance of the affliction of blindness seems more than happenstance. Mark oft suggests that the disciples are blind to the reality of Jesus’s mission and the events recounted since verse 22 of the eighth chapter of Mark, the curing of the first blind man, bears this out.

In the case of the first blind man from Bethsaida, who is not named, Jesus employs a spit-made mud and it requires two tries to get the job done, perhaps to illustrate that the disciples have only a partial understanding of what Jesus is all about. After curing him, Jesus tells him to say nothing about it and in fact, tells him not to even go into the village.

Between the two miracles of restoring sight, Jesus predicts his passion three times. Jesus teaches the condition for discipleship — he who wishes to save his life will lose it and he who loses his life for the sake of Christ and His Gospel will save it. He teaches about the sanctity of matrimony, the dangers of wealth, and the need to seek humility over ambition.

RELATIONSHIP BASED ON FAITH
Son of David is a messianic title. In other words, this Jesus is not your run-of-the-mill self-appointed prophet and miracle worker. He’s the one that God has promised to the Children of Israel. Such is the message of the first reading from Jeremiah, who says, “Shout with joy for Jacob, exult at the head of the nations; proclaim your praise and say: The Lord has delivered his people, the remnant of Israel.”

The Letter to the Hebrews spells out what Bartimaeus calls out: “No one takes this honor upon himself but only when called by God, just as Aaron was. In the same way, it was not Christ who glorified himself in becoming high priest, but rather the one who said to him: ‘You are my son. . .'”

Upon hearing Bartimaeus, Jesus stops and tells a disciple to call him over. “So they called the blind man, saying to him, ‘Take courage; get up, Jesus is calling you.’ He threw aside his cloak, sprang up, and came to Jesus.” Note the differences from the blind man from Bethsaida, who is not called by Jesus. Nobody feels the need to tell him to take courage.

“Jesus said to him in reply, ‘What do you want me to do for you?’ The blind man replied to him, ‘Master, I want to see.’ Jesus told him, ‘Go your way; your faith has saved you.’ Immediately he received his sight and followed him on the way.” No spit in the eye for Bartimaeus. He’s not an anonymous recipient of a blessing. He’s a person with a name, called to be a disciple. It’s a relationship between persons based on faith in Jesus the Messiah.

Like Bartimaeus we are called to have a relationship with Christ. But are we like the blind man from Bethsaida? Do we think of Jesus as a means to our ends? Are we just in it for the blessings?

This Sunday, when it’s time for Holy Mass, let us, like Bartimaeus take courage and get up. We are called to something greater — a relationship with Jesus the Messiah.

TIM IRWIN teaches at Peoria Notre Dame High School, where he chairs the Theology Department. He is a member of St. Mark Parish in Peoria.