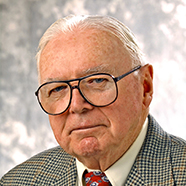 ROCK ISLAND — Alleman High School announced Sept. 22 that it has received the largest single financial contribution in school history with a major gift from the Richard W. McCarthy Charitable Trust.

Alleman is honoring the request of the Trust to not release the amount. But the school has announced the gift will be utilized to implement both phases of a strategic plan Alleman formulated in 2014.

A portion of the gift will establish the Father Mirabelli Excellence in Catholic Education Fund. The fund — named for Father Daniel Mirabelli, CSV, longtime director of development at Alleman — will help provide for future needs of Alleman students and to maintain a quality academic environment.

“We cannot thank the McCarthy Trust and the McCarthy family enough,” said Father Mirabelli. “It bodes very well for the future of Alleman High School.”
David Hobin, principal, echoed that gratitude, adding that “it’s a great time to be a student at Alleman.”

Phase 1 of the strategic plan began this fall with the integration of Google Chromebooks into the Alleman curriculum as part of a 1-on-1 technology initiative. Other Phase 1 projects include upgrades to both of the school’s computer labs, enhancement of the wireless network infrastructure, renovation of science labs, curriculum improvements and teacher training.

Phase 2, to begin in the coming months, will improve Alleman’s physical facility, including the replacement of older roofs, classroom renovations, and upgrades to the school’s heating and ventilating equipment.

ABOUT RICHARD McCARTHY
The late Richard McCarthy was a Rock Island attorney who valued his Catholic education. He was a graduate of St. Joseph High School in Rock Island which, along with St. Mary High School in Moline, were forerunners of Alleman High School. Alleman opened in 1949.

McCarthy served in World War II as part of the 771st Field Artillery and later the 26th Infantry Division, earning a Purple Heart and four Bronze Stars. He participated in the invasion of Europe at Utah Beach and also fought at the Battle of the Bulge.

A 1943 graduate of St. Ambrose College, he received a law degree from DePaul University after the war. He joined the firm of Bozeman, Moran and Klockau and was an assistant state’s attorney in Rock Island in 1950.

In 1997, he founded the firm of McCarthy, Callas, Fuhr and Ellison, where he practiced law until a few weeks before his death in April of 2008.

In August, St. Pius X Parish in Rock Island acknowledged a major gift from the Richard W. McCarthy Charitable Trust as it broke ground for a new church hall addition.

Friends and family recall that while McCarthy was successful, he was also a private man who shunned publicity.

Father Mirabelli said the gift will allow Alleman to concentrate its future fundraising efforts on scholarship and tuition assistance.

“Alleman High School is committed to giving our young people the highest faith-based education possible,” he said. “Mr. McCarthy’s legacy at Alleman will have a tremendous impact on future generations of Pioneers.”