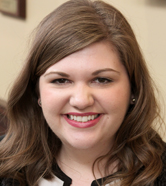 Photo Caption: “This is a dream job for me because I feel God has really placed me where he wants me,” says Shirley Plaag.

Shirley Plaag feels blessed — by her education, by her relationships, and by the seeds of faith her parents planted in her life at an early age. And now she has her dream job.

Plaag has been named coordinator of youth and young adult ministry for the Diocese of Peoria. The post is part of the new Office of Catechetics and Evangelization, led by Craig Dyke. (See related story here.)

“This is a dream job for me because I feel God has really placed me where he wants me,” she said. “I also feel that I’m at a place in my life where I can really sink my roots in and develop a lot and build a lot on the things that Craig has developed and take it further.”

She cited Dyke’s work with Theology on Tap, the Diocesan Youth Rally, leading a diocesan group to the March for Life in Washington, D.C., and taking students to the Steubenville Summer Youth Conference as some of the things she’s looking forward to continuing. She also hopes to build up the network of youth ministers he has started and support parish staff and volunteers who work with these teens and young adults.

Plaag, 27, is in a unique position to understand what they are seeking from the church.

“I have friends who have said, ‘We can use this. . . .’ I feel like I know not just from a theological standpoint but from that personal standpoint,” she told The Catholic Post. “This is my community of friends.”

AN UNDERSTANDING EAR
Born and raised in Peoria, Plaag attended Notre Dame High School. After graduating in 2005 she went on to Franciscan University of Steubenville, Ohio, where she earned a bachelor’s degree in theology and catechetics in 2009.

“A lot of what drove me to choose Franciscan University and that field of study was that I wanted the ability to come and give back when I graduated,” she said.

She started by serving as a house mother for women in crisis pregnancies at St. Gianna’s Maternity Home in Warsaw, North Dakota, for a year. Since returning to central Illinois, Plaag has worked at Lagron-Miller Company in Peoria — another blessing because it gave her a chance to get to know the priests and parishioners of the Diocese of Peoria while dealing with Catholic books — and as a religion teacher at St. Mary School in Kickapoo.

She went on to be the director of religious education at Corpus Christi and St. Patrick parishes in Galesburg, and Sacred Heart in Abingdon. Working with Father Bill Miller, IC, she oversaw a program that included 130 children and about 15 volunteers.

Plaag was poised to be the regional director of religious education for the Galesburg and Macomb vicariates of the diocese when she was offered the opportunity to serve as the coordinator of youth and young adult ministry for the Diocese of Peoria. The goal is the same, however.

“I am here to be a resource,” she said. “It doesn’t matter if you’re in Nauvoo or up in LaSalle or if you’re in Danville. I want to be this home base for people in the Diocese so there’s somewhere that they’re going to get an understanding ear or the resources they need or someone to come down and say, ‘I can do that. I’m available.'”

Plaag’s father, Dan, is a science teacher at Peoria Notre Dame, and her mother, Anna, works in accounting for OSF HealthCare. She called them “quiet saints” who “really live the faith through their actions and through their kindness.”

Plaag lives in Peoria and is a member of St. Philomena Parish.