Care, not privilege, is at the heart of Jesus’ kingship 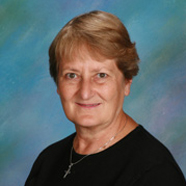 Solemnity of Our Lord Jesus Christ, King of the Universe/Nov. 23

There was once a story told about the famous guru of corporate leadership, Max DePree. He tells of being at a hotel in Phoenix when his left knee gave out and he was unable to walk. So he was forced to use a wheelchair for a while. The next morning he and his wife Esther went to breakfast with her pushing him in his wheelchair. They had eaten several meals there before, and each time the hostess had looked at DePree and asked politely, “How many?”

But not this morning. She looked past him to Esther and said politely, “How many?” Then she led them to the dining room, and she turned again to Esther and asked, “Would he like to sit at the window?”

Suddenly Max DePree realized that it was as if he had disappeared, in a twinkling of an eye. This polite, well-meaning young woman had stripped him of identity and position. It made DePree realize that to be oppressed is wrong, but to be overlooked may be even worse.

“When did we see you hungry, or thirsty, or naked or a stranger?” we hear in Matthew 25:46. “And the king will say to them in reply, ‘Amen, I say to you, whatever you did not do for one of these least ones, you did not do for me.'”

History has embedded into our minds a notion of kingship that skews the meaning of this feast, the Feast of Christ the King. The Gospel today defines the nature of Christ’s kingship. Care and service for others is at the heart of kingship as Christ lived it. God cares intimately for each of his flock, scattered as it might be. As Ezekiel states it: “I will rescue (my sheep) from every place where they were scattered when it was cloudy and dark. I myself will pasture my sheep.” (Ezekiel 34:12)

It is for us to do the same.

WHAT DEFINES US?
It is, it seems, more likely to fault ourselves for what we do to each other that is not in God’s name. It might be that we are more guilty of not paying attention to others. How many times do we rush by someone when we are preoccupied with our own concerns (our own kingdom), or how many times do we place our concerns above the needs of others? How many times do we judge that the other person isn’t worth our valuable time? Ignoring others costs not only them but us as well.

Another way of expressing this neglect of the other is aptly said by Dwight Eisenhower: “Every gun that is made, every warship launched, every rocket fired, signifies in the final scene a theft from those who hunger and are not fed, those who are cold and are not clothed.” Powerful words from a general in the military!

Neglect is a powerful weapon. Jesus, in His life and death, was a clear example of the opposite. His life’s work was to show how to care and how much to care. His death on the cross was evidence personified that care for each every person defines who He is and who He asks us, His followers, to be.

As we celebrate this great feast, let us remember the beautiful invitation from our Lord: “Come, you who are blessed by my Father. Inherit the kingdom prepared for you from the foundation of the world.” (Matthew 25:33)

Let us hope that these are the words we will hear in that meeting at the throne.

SISTER RACHEL Bergschneider, OSB, is a member of the Sisters of St. Benedict of St. Mary Monastery in Rock Island. She serves as pastoral associate at St. Thomas the Apostle Parish in Peoria Heights.