Catholic radio is coming to Champaign-Urbana next summer 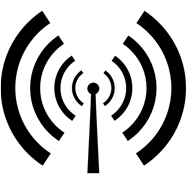 Photo Caption: Plans call for the station to affiliate with EWTN and operate at 95.7 FM under the name “Holy Family Radio.”

CHAMPAIGN — The first Catholic radio station to serve the Champaign/Urbana area may be on the air by July 2015.

The Catholic Post has learned that the Federal Communications Commission (FCC) has issued a construction permit to a group of area Catholics organized as the Trinity Educational Association.

“We are excited about the prospect of bringing Catholic radio to our community,” said Peggy Price, who serves as president of the non-profit corporation that also includes Judy Weber-Jones and Joan Colwell as board members.

“We love our faith and hope that this station will inspire others to a deeper relationship with Christ,” added Price, who attends St. John’s Catholic Chapel at the University of Illinois. Weber-Jones and Colwell are members of St. Matthew Parish, Champaign.

Plans call for the station to affiliate with EWTN and operate at 95.7 FM under the name “Holy Family Radio.”

The permit was issued as part of the FCC’s effort to license low-power FM stations to serve local communities. The new Catholic radio station’s coverage is expected to be primarily the Champaign/Urbana metropolitan area.

The EWTN Global Catholic Network airs family and religious programming from a Catholic point of view. Based in Birmingham, Alabama, the Eternal Word Television Network (EWTN) was founded by Mother Mary Angelica, PCPA, and has produced programs for 33 years that also include offerings for radio, satellite radio, Internet streaming and mobile apps.

CATHOLIC RADIO ELSEWHERE
The new Catholic radio station in Champaign/Urbana would join others heard within the 26 counties of the Diocese of Peoria, including:

— WSOG 88.1 FM in Spring Valley and 94.7 FM in the El Paso and Hudson areas, also featuring programming from EWTN Radio;

— WRMS 790 AM in Beardstown, which can be picked up in Rushville, Macomb, Hamilton, Warsaw and Carthage. A member of Covenant Network Catholic Radio, the station is also an affiliate of the EWTN Global Radio Network.

Relevant Radio programs also may be heard via the Internet at relevantradio.com. For EWTN programming and podcasts, visit ewtn.com/radio.