Do our actions speak louder than our words? 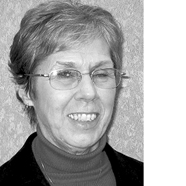 Every day we make many decisions — what to wear or eat, what route to take to get to work, what groceries are needed, etc. Sometimes, the decision is a knee- jerk response, really simple and easy. Other times, our decisions are more difficult to make.

A few years ago, I had to make a medical decision. I had to decide whether I would go through with surgery, followed by many months of treatment. I had four grandchildren, one of which was just a few weeks old. I wanted to be with them and be part of their lives. I decided to undergo whatever would help me do just that.

In the Gospel this week, we hear about different people and their decisions. Jesus, as he talks with the chief priests and elders, tells them the following parable. A father has two sons. One day he tells his first son, “Go out and work in the vineyard today.” The son replies, “I will not.” Later he goes to the vineyard to work, doing the will of his father. The father goes to his second son and tells him the same thing. The second son tells his father he will do as commanded, but later does not obey his father. Jesus asks, “Which of the two sons did his father’s will?”

“The first,” the chief priests and elders responded. The first son decided to be obedient to his father and did as he was told while the second son decided not to do obey his father.

FAITH, HOPE AND LOVE
In the first reading, the Israelites, who are in exile, have been complaining that it was not fair that they should have to suffer and possibly die. After all, it wasn’t their fault. Their parents were the ones who brought on this predicament.

The Lord says to them, “If someone turns away from God and dies, it is because of the sin he committed that he must die.” Each person is responsible for their response to grace and is accountable for how they conduct themselves. God wants everyone to be with him. If a person turns away from their sin and “does what is right and just,” he or she will live.

In the second reading, Paul, a disciple of Christ, has died to his old ways and has a new life. Instead of executing Christians, he now is inviting them to follow Christ. He tells the people of Philippi, if they have faith in Christ, they will find comfort knowing they are loved by God. They should share this love with other people, humbly and compassionately, always remembering that other people are more important than themselves.

The first son had faith and did the father’s will. So did the tax collectors and prostitutes. The Israelites were given hope knowing they would “surely live . . . not die.” The Philippians were to love as Jesus loved, obedient to the point of death.

The three virtues — faith, hope and love — are described by Stacy Mitch in “Courageous Virtue, A Bible Study” (p 60). “Hope is the virtue that bridges the gap between the other two theological virtues. . . . Hope is intricately tied to faith as its source because we hope in what we believe. Hope looks forward to its goal — perfect love in union with God.”

As we continue along our journey of faith, let us demonstrate our faith through our words and actions, sharing our hope of eternal life with God.