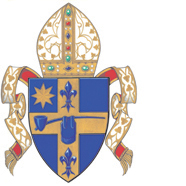 New assignments for 43 priests, including changes at some of the largest parishes and Newman Centers in the Diocese of Peoria, have been announced by Bishop Daniel R. Jenky, CSC.

Among the highlights of the appointments, listed in full here and all set to take effect on June 11, are:

— A change in leadership at St. John’s Catholic Newman Center at the University of Illinois in Champaign. Father Luke Spannagel will become chaplain, succeeding Msgr. Gregory Ketcham, who guided the center for eight years.

— The appointment of new vicars forane for the Bloomington-Normal, Pekin, Peoria, and Rock Island vicariates, and

— The departures and new arrivals of several priests from African dioceses or religious communities.

FILLING RETIREMENT VACANCIES
Seventeen parishes will receive new pastors as a result of the assignments. The vacancies created by the retirements will be filled as follows:

Father Mark DeSutter has been named to succeed Msgr. Wellman as pastor of Sacred Heart Parish in Moline. Since 2000, Father DeSutter has served as pastor of Blessed Sacrament Parish in Morton. Ordained in 1982, he began his priestly service as parochial vicar at St. Pius X, Rock Island, and Holy Trinity, Bloomington, and has extensive campus ministry experience as a former chaplain at the St. Francis of Assisi Newman Center in Macomb and assistant at St. John’s Catholic Newman Center at the University of Illinois.

In Rock Island, Msgr. Mark Merdian will become the new pastor of St. Pius X Parish upon Father Schaab’s transition to senior status. Msgr. Merdian has been president of Peoria Notre Dame High School for two years and will continue his duties as episcopal vicar for health care. Since his ordination in 1993, Msgr. Merdian has served in a variety of roles including as administrative assistant to the bishop and the pastor of parishes in Metamora, Washburn, Roanoke, Benson, and St. Matthew in Champaign.

Peoria Notre Dame will temporarily suspend the president-principal leadership model and be governed next year by the principal model. Bishop Jenky has appointed Randy Simmons, current interim principal, as new principal for the 2014-2015 academic year.

Succeeding Father DeSutter in Morton will be Msgr. Gerald Ward, who has guided St. Patrick Church of Merna in Bloomington for 23 years and also serves as pastor of St. Mary Parish, Downs. Ordained in 1979, Msgr. Ward has also served as pastor of parishes in Elkhart and Mt. Pulaski and in prison ministry at Logan Correctional Center in Lincoln.

St. Patrick Church of Merna and St. Mary, Downs, meanwhile, will be involved in an exchange of personnel with St. John’s Catholic Newman Center at the University of Illinois. Coming as the new pastor for the parishes is Msgr. Ketcham, current Newman Center director, while leaving to guide the Newman Center is Father Spannagel, who has served as parochial vicar of the two parishes since 2011.

Prior to serving at the Newman Center, Msgr. Ketcham had been pastor of St. Philomena, Peoria, as well as parishes in Nauvoo and Dallas City. Ordained in 1994, he is also a former diocesan director of rural life, a position now held by Father Spannagel. Msgr. Ketcham will continue to have campus ministry duties as a member of the sacramental team at St. John Paul II Newman Center in Normal.

When Father Spannagel takes leadership at St. John’s Catholic Newman Center, he will bring campus ministry experience including three years as assistant chaplain there as well as prior service as chaplain and director of St. Francis of Assisi Newman Center in Macomb. He was ordained in 2003 and has served as parochial vicar at parishes in Nauvoo, Carthage, Dallas City, and West Point.

Father Spannagel will continue to serve as vicar for rural life.

Since 2011, Father Jozefiak has served as pastor of St. Anne, East Moline, and Our Lady of Guadalupe, Silvis. He is a former chaplain of Alleman High School in Rock Island and also has served as pastor of St. Mary and Sacred Heart parishes in Rock Island, as well as parishes in Oglesby, Delavan and Hopedale. Ordained in 1992, his early assignments included as parochial vicar at St. Vincent de Paul, Peoria, and Holy Cross, Champaign.

Succeeding Father Jozefiak at the East Moline and Silvis parishes will be Father Fredi Gomez Torres, who will also become pastor of St. Mary Parish in Moline and St. Mary Parish, East Moline. Father Gomez Torres has served at Holy Cross, Mendota, and Sts. Peter and Paul, Peterstown, since 2005, including the last five years as pastor. He added duties as pastor of St. Teresa of Avila, Earlville, in 2013. Ordained in 2002, he has been episcopal vicar for Hispanic ministry since 2010.

The new pastor in Mendota, Peterstown, and Earlville will be Father Bowan Schmitt. Ordained in 1997, Father Schmitt has been pastor of St. Thomas, Philo, and St. Mary, Pesotum, since 2010. He is also the former pastor of parishes in Marseilles, Ransom, and Hoopeston and has served as chaplain of Schlarman High School in Danville.

In other parish leadership changes, Father Anthony Ego, pastor of St. Ambrose Parish in Milan for 13 years, has been named pastor of St. Joseph, Marseilles, and St. Patrick, Ransom. Prior to his service in Milan, Father Ego — ordained in 1985 — has also been pastor of parishes in Elkhart, Mt. Pulaski, Monticello, Bement, and Chillicothe.

The Marseilles and Ransom faith communities had been served by an administrator, Father Gabriel Msoka, AJ, who is returning to his religious community.

Named to succeed Father Ego at the Milan parish is Father Charles Klamut, who since 2011 has been an assistant chaplain at St. John’s Catholic Newman Center at the University of Illinois. Father Klamut is the former pastor of St. Mark Parish in Peoria and has served as chaplain of Peoria Notre Dame High School. While serving in Milan, Father Klamut — who was ordained in 1999 — will also coordinate the chaplain team at Alleman High School in Rock Island.

Bishop Jenky also appointed new vicars forane to four of the 12 vicariates in the Diocese of Peoria.