The Light of the World invites us to see him anew 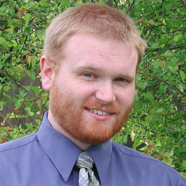 When I was 4 years old, I received my first pair of glasses, and I can still vividly remember the experience. The world was a haze, and then suddenly it was not. A new clarity came upon my vision, giving definition to the shadowy figures I knew before. Shapes were transformed from a soft blur to concrete representations, and a canvas of confused colors and movements became a new world of vision, of revelation. It was an awakening to a world that had always been there but had never been seen. My vision had been radically transformed.

I still have extremely poor eyesight without correction, and in more ways than biology. It would seem that many of us are in constant need of God’s correction upon our spiritual vision, as well. As Samuel searching for God’s chosen to anoint as king, we regularly see only a haze and shadow of what God sees, for “not as man sees does God see, because man sees the appearance but the Lord looks into the heart.”

Our vision is often incapable of penetrating beyond the surface of things (problems, opportunities, circumstances, other people’s behavior and character), and is in need of God’s influence to expand our vision, to direct us to the unexpected, to announce to our hearts, “there . . . this is the one,” so that we may be graced to witness the Spirit of the Lord “rush” upon the things of our life, just as Samuel, with vision corrected by God, witnessed the spirit of the Lord rush upon David.

We cannot see without light, however.

NO MORE DARKNESS
It is known that human vision can perceive only a portion of the light spectrum. Insects and some birds can see light that we cannot, such as frequencies of ultraviolet light. Their biology is simply inclined to see what our biology is not, and so they experience and react to light differently than we do. This we cannot change. But what if the same is not true of the “eyes” of our soul? What if those eyes could be adjusted to see ever more and more “light”? What if we are called to be “children of light” so that “everything exposed by the light [of God] becomes visible” to us?

This seems to be the very discovery of the man in today’s Gospel. Like the episode of the healing of the paralytic, Jesus enacts a miracle and healing upon a soul as well as a body. Declaring himself “the Light of the World,” Jesus expands the vision not only of the eyes of the man’s body but those of his soul, as well.

“You were once in darkness” announces St. Paul, an assertion most vividly representative of the man Jesus encounters today, a man blind from birth, “but now you are light in the Lord . . . and Christ will give you light.” It is a message that is almost a hymn of this man’s experience with Jesus. Moving from the words “He is a prophet” to “If he is a sinner, I do not know. One thing I do know is that I was blind and now I see” to, ultimately, “I do believe, Lord,” the healed man’s vision of the light of Christ broadens and increases. He is given a new spectrum to see. He even marvels in amazement that he is able to see more of Christ’s light than those who should see more completely.

But the episode concludes with a warning of presumption, a demand that we not insist that “we see,” as if we have mastered and collected the full spectrum of Christ’s light, as if there were no room for more sight. Instead, perhaps this Lent we might live as if we have “become blind” so that “those who do not see might see” anew and the Light of the World may be glimpsed more boldly than before.