Events for spiritual growth abound in diocese during Lent 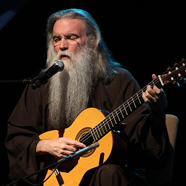 EDITOR’S NOTE: In addition to parish devotions such as Stations of the Cross and penance services, special regional opportunities for spiritual growth are being planned in the diocese during the season of Lent. Here is just a sample.

ROCK ISLAND — As Lent begins, the Sisters of St. Benedict of St. Mary Monastery are planning ways to help people enter prayerfully into this holy season.

Sister Marianne Burkhard, OSB, and Sister Helen Carey, OSB, will present a Lenten Morning of Prayer on Saturday, March 8, from 9 a.m. to noon. It will take place at Benet House Retreat Center on the monastery grounds at 2200 88th Avenue West.

They hope to help people “offer an open ear and a welcoming heart to the deepest hopes and values of people far and near.”

The cost for the morning is $20. A lunch option is available for $8.
On Sunday, March 9, the Benedictines invite people to join them in reflecting on the Lenten Scriptures as found in the Heritage Edition of the St. John’s Bible. The first illuminated, hand-written Bible in more than 500 years, it was commissioned by the Benedictine monks at Saint John’s Abbey and University in Collegeville, Minn., and created by a team of scribes, artists, theologians and scholars under the direction of Donald Jackson in Wales.

“Journey Into Lent with the St. John Bible” will be held from 3 to 4:30 p.m. and include an opportunity to pray Vespers with the Benedictine community.

For more information or to register, contact Sister Jackie Walsh, OSB, at (309) 283-2108 or retreats@smmsisters.org.

MOLINE — A Lenten reflection series will be offered on the first five Monday evenings and first five Wednesday mornings of Lent at Christ the King Church, 3205 60th St.

A Seder meal with Deacon Matt Levy is planned for Tuesday, April 15, at 6 p.m.

Parishioners at St. Bernard in Bushnell and St. Augustine in St. Augustine are coming together to explore “Mercy and the Sacrament of Confession” during their parish mission, which opens on March 15 and closes on March 18. The presenter will be Father Joseph Mary Brown, CSJ, prior of the Community of St. John in Princeville.

On Saturday, March 15, Father Joseph Mary will give the homily at the 4 p.m. Mass at St. Bernard Church, 376 W. Hail St., in Bushnell. The sacrament of reconciliation will be available after this liturgy and every Mass during the mission.

On Tuesday, March 18, he will preach at the 7 a.m. Mass at St. Bernard. His closing conference will be given at the parishes’ combined Lenten penance service, which is planned for 7 p.m. at St. Bernard.

“Nothing is Impossible” will be the theme. Each evening — featuring motivational thoughts as well as music and prayer — begins at 7 p.m. and is open to all free of charge because of support from a Fulton Sheen Endowment Grant.

“Nothing Is Impossible With God” is the title of Talbot’s 26th book, published last November.

Talbot has been in music ministry for 37 years and is recognized as one of Catholic music’s most popular artists, with more than 4 million sales and compositions published in hymnals throughout the world. His newest album, “Worship and Bow Down,” is his 53rd. Among his best known compositions are “Holy is His Name” and “Come Worship the Lord.”

While there is no charge to attend, an offering will be received to support his ministry. For more information or to volunteer, call Mary Donahue at (309) 688-3427, ext. 225.

TERESA TOMEO TO SPEAK IN RAPIDS CITY
MARCH 29, 30 ON “IN SEARCH OF TRUTH”

RAPIDS CITY — Teresa Tomeo, an author, syndicated talk show host and motivational speaker, will take people “In Search of Truth” on Saturday, March 29, and Sunday, March 30, at St. John the Baptist Church, 1416 Third Ave. Her visit is part of the parish’s Mission of Mercy series.

On March 29, there will be Mass at 8:30 a.m. Tomeo’s topics for the day are “Extreme Makeover,” “Who Can You Trust?” and “God, I Can’t Hear You!” Adoration of the Blessed Sacrament and the sacrament of reconciliation will be available at 3 p.m. and participants are welcome to come to the parish’s regular 5 p.m. Mass.

The cost is $20 for all the talks on both days, or $15 for Saturday’s talks only and $10 for Sunday’s talks only. As part of the parish’s emphasis on evangelization, one guest will be admitted free with each ticket sold.

There is no charge for clergy to attend.

For more information or to register, contact Cathy Fouts at SJMissionofMercy@gmail.com or (309) 523-27998.

CATHEDRAL CONCERT ON APRIL 4
WILL EVOKE PASSION OF CHRIST

Don’t rush off after the Stations of the Cross at 7:15 p.m. at St. Mary’s Cathedral in Peoria on Friday, April 4. Standing behind the altar to make use of the special acoustics there, the Cathedral Choir will sing four works depicting the Passion of Christ.

Dr. Sherry Seckler, cathedral organist and director of sacred music for the Diocese of Peoria, said the concert will open with “O vos omnes” by contemporary composer Blake Henson. The second piece, an arrangement of the “Third Word” from Theodore Dubois’ “The Seven Last Words of Christ,” will be accompanied by Allison Montgomery on viola and Carol Wessler on cello.

The third and fourth works will be settings of “Tenebrae factae sunt” by Michael Haydn and “O Crux ave, spes unica” by Tomas Luis de Victoria.
All the music is a capella, except for the Dubois.

EXPLORE THE BEATITUDES IN ROCK ISLAND ON APRIL 12

ROCK ISLAND — “Beatitudes: Pathways to the Kingdom” will be presented by Thomas Smith on Saturday, April 12, at St. Pius X Church, 2502 29th Ave. His visit is being sponsored by the diocesan Office of Catechetics.

Smith co-authored “Revelation: The Kingdom Yet to Come” with Jeff Cavins for Ascension Press. He speaks, offers parish missions and teaches online at gen215.org and as part of The Great Adventure team.

The workshop opens with Mass and registration at 8 a.m., and concludes at 3 p.m. The cost is $25, which includes seminar materials and lunch.