Miracles point to God’s power to save us 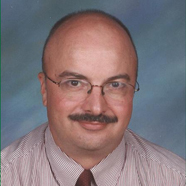 The readings for the 28th Sunday of Ordinary Time challenge us to see the forest and not just the trees. The first reading recounts the climax of the cleansing of Naaman the leper. Despite his affliction, Naaman served as the leading general for the king of Babylon. On the word of a captured Israelite child, the King of Babylon sent Naaman to Israel to be cured by the prophet Elisha. Rather than staging a spectacle, Elisha tells Naaman to take a bath in the Jordan River. Peeved by the advice, Naaman plans to go home until his servants convince him to take the plunge.

Jesus ministers to the lepers in the reading from the Gospel according to Luke. Ten lepers implore the Lord to have pity on them. Moved, Jesus says, “Go show yourselves to the priests.” Luke reports that all of the lepers were cured, but only one of the 10 returned to thank Jesus— he was a Samaritan.

Jesus says, “Ten were cleansed, were they not? Where are the other nine? Has none but this foreigner returned to give thanks to God?” Jesus is pointing out that the Israelites who know the story of salvation history didn’t make the connection. Nine lepers experience the miracle of healing, but they don’t realize what the miracle means. All they can see is how they have benefited in the here and now; they can’t see the forest for the trees.

So what is the big picture? Paul lays it out. “Remember Jesus Christ, raised from the dead, a descendant of David: such is my gospel, for which I am suffering, even to the point of chains, like a criminal. But the word of God is not chained.”

TWO KEY POINTS
Miracles make two key points, which those of us who seek eternal happiness ought to keep in mind. Miracles reveal the reality of God. Such is the conclusion drawn by Naaman. “Naaman returned with his whole retinue to the man of God. On his arrival he stood before Elisha and said, “Now I know that there is no God in all the earth, except in Israel.”

The second point is that miracles reveal Jesus’ power to save us from sin and death. “‘Has none but this foreigner returned to give thanks to God?’ Then Jesus said to him, ‘Stand up and go; your faith has saved you.'” The Samaritan made the connection. He recognized that being cured of leprosy, no matter how wondrous that is, offers only a temporary respite from the frailty that we all experience in this life.

St. Paul explains the kind of relationship with Christ that will yield the eternal happiness to which the miracles invite us. “If we have died with him we shall also live with him; if we persevere we shall also reign with him. But if we deny him he will deny us. If we are unfaithful he remains faithful, for he cannot deny himself.”

Miracles point to the power of God to save us from sin. Like the nine lepers who did not return to Christ, we may not always make the connection. The blessings that we each experience surely have a good unto themselves, as the 10 lepers obviously understood when they were cured. It’s tempting to take the blessings and run — as the nine lepers indeed did.

Let us take Paul’s words to heart: “If we have died with him we shall also live with him; if we persevere we shall also reign with him.” Then, we will see the forest and not just the trees. Then, like the 10th leper, we might hear the Lord’s voice say, “Stand up and go; your faith has saved you.”